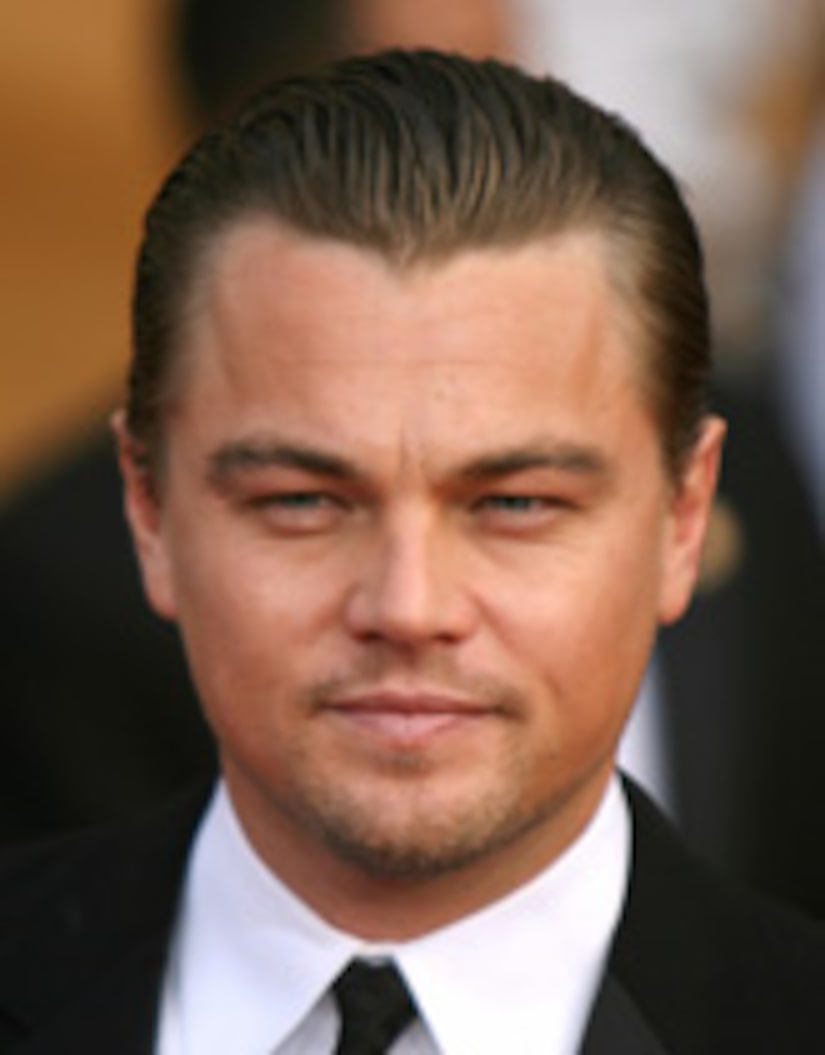 Leonardo DiCaprio experienced a new “Titanic” adventure recently, this time aboard a boat and surrounded by icebergs in the middle of Iceland's chilly waters.

But this is no sequel; it is “Extra's” behind-the-scenes look at Leo's photo shoot for Vanity Fair's Green Issue.

"If I can get the voice out there to younger people about things that are going on in the environmental movement, that's what I'll choose to do," Leo dished to "Extra."

Leo landed the spot of cover boy because of his passion to make the world a greener place, and Senior Editor Heather Halberstadt told “Extra” that Leo chose this spot in Iceland to draw attention to global warming.

“We flew Leo to Iceland, to a glacial lake region,” she dished. “They cruised around the icebergs until they found a great spot for the photo shoot."

While the baby polar bear at Leo's feet on the cover was photo shopped into the shot, DiCaprio is really standing on a glacier.

Also real is his passion for saving the planet.

“Leo loved being in Iceland, doing this for Vanity Fair,” Heather revealed.

The Green Issue also features Robert Redford, who was photographed at his spectacular ranch in Sundance, Utah.

Vanity Fair's reasons for featuring Redford are very clear: “Robert Redford is a longtime environmentalist, activist, conservationist, well before it was mainstream.”

The magazine also revealed that actress Julia Louis-Dreyfus is living the green life.

“She certainly is, both on-set of her TV show and her home in Santa Barbara,” Halberstadt said. “She and her husband, Brad Hall, have transformed it into a showcase green design and state-of-the-art energy efficient mechanisms. On the set of her show, her dressing room is equipped with energy efficient light bulbs, her character drives a Prius.”