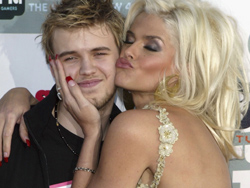 Tiger also said there was no evidence of foul play and that the overdose was accidental.

The medical examiner's office had said on March 7 that the cause of Smith's death had been determined, but it would not be announced for one to two weeks to give police time to finish the investigation.

Broward County Medical Examiner Joshua Perper wanted to make sure none of the investigators' findings change any of his own findings, his office said then.

Continue to check back for more on this breaking story.