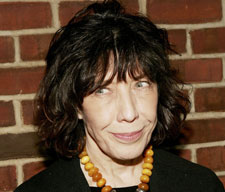 “Extra” has the details on the shocking video everyone is talking about: Lily Tomlin and director David O. Russell in an f-bomb laced war of words on the set of the 2004 film, “I Heart Huckabees.”

During the tirade, Lily was staging a scene next to Dustin Hoffman and Mark Wahlberg. Lily wasn’t fuming as just the director; she raged at everyone around her, including her co-stars!

Then, Dustin stepped in and encouraged a little method acting before playing peacemaker.

After filming wrapped, we sat down for an interview with Dustin and Lily, who were all smiles about the movie.

Hoffman also dished to “Extra” that he’s never worked with anyone like the creative genius, famous for his unconventional filmmaking.

However, it wasn’t the first time the director has made headlines for a creative clash on set.

Russell reportedly got into a bitter back lot brawl with a big star back in 1998 while working on the set of “Three Kings.”

Despite the dustup during filming of “I Heart Huckabees,” it looks like the starlet and her famed director kissed and made up by the time Lily sat down with “Extra.”

“I just have great affection and regard for David,” she said.