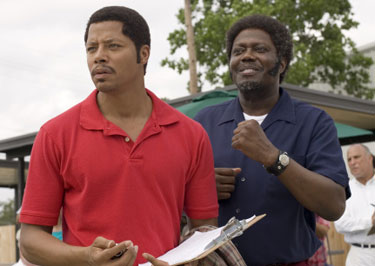 Sexy Terrence Howard is diving into his new role, which finally allows him to show off his six pack!

Starring alongside Bernie Mac and Tom Arnold, "Pride" is based on the true story of a teacher who started an African American swim team in one of Philly's roughest neighborhoods.

Plus, Howard addresses the rumors about finding love with supermodel Naomi Campbell. Are they dating? "Extra" takes you one on one with Terrence Howard to find out!

"Pride" makes a splash on the big screen March 23.