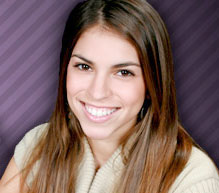 The final note sounded off Thursday night for Antonella Barba, as America bids adieu to the "Idol" who made more headlines for her racy photos than for singing.

"I think it's a lot of pressure for a young girl to have to deal with as well as to try to do well on a show like this," Simon Cowell admitted.

And at Thursday night's "American Idol" Top 12 party, the "Idol's" had lots to say to our Terri Seymour about the New Jersey native's too hot for TV photos.

"I feel so bad for Antonella," dished Chris Richardson. "She's such a great person."

But Antonella wasn't the only one to get the boot, as America bid farewell to Jared Cotter and Sundance Head, whose night took a tragic turn when he learned that the cousin who had helped pay for expenses during his "Idol" auditions died in a devastating house fire.

"He didn't find out until after," admitted Chris Sligh. "I'm not a crier, and I cried when Sundance left."

The night had even more shocks, as the talented Sabrina Sloan also got cut.

"How many times have I said to these contestants choose the right songs. And they never listen. It's the songs in the case of Sundance and Sabrina why they're out of the competition," Judge Dread revealed.

But the biggest surprise of the night was the announcement of "Idol Gives Back," a two-night special in April that could have a staggering global effect as it raises money for people in poverty, both in Africa and America.

"It's something we've kept quiet for two years. It's been a long time in the making," Simon confessed.

The special, which will feature performances from music heavyweights Gwen Stefani, Pink and Josh Groban, has special meaning for Simon, who went to poverty-stricken Africa with Ryan Seacrest in January.

"They need some help," Simon said.

And "Extra" traveled with Simon and Ryan on the trip, and will have exclusive additional footage in the weeks to come.

"When this show has done so well for all of us, it's cool to give something back," Simon said of "Idol's" astronomical success.

And in the spirit of giving back, Mr. Mean was ready to give a few extra jabs to the remaining "Idols," especially Sanjaya, who is having trouble settling on a singing style and a hair style.

"Let me tell you this. He's not going to win," Simon said of the fickle wannabe. "I won't be back if he does."