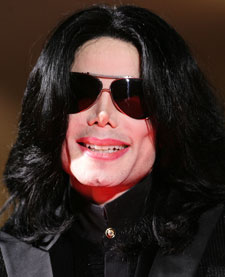 “Extra’s” learned the beloved and gloved Michael Jackson is expected to make a comeback with a string of U.S. gigs, in a deal estimated to be worth nearly $500 million.

Currently, Jackson’s aides are in the final stages of negotiating the astounding deal, which will see Michael joined on stage by all the other members of the Jackson Five.

The group, who has not performed together in over 23 years, is set for 250 Las Vegas gigs over the course of 3 years.

In addition, there are also rumors of plans to build a Michael Jackson theme park, casino, hotel and stadium in Sin City, which could potentially earns millions through merchandising and product endorsements.

This news is surely music to Michael’s ears, after sever debt forced him to sell his Neverland Ranch in Santa Barbara and even flee the country.

We’ve also learned that while the moon-walking pop star was hesitant to broker a deal, his family members urged the comeback.

And in the end, Michael warmed up to the idea of a comeback in Vegas because of his desire to make the town his own in the same way his hero, Elvis Pressley, once did.

Jackson's attorney Brian Oxman confirmed negotiations were under way but described any figures as 'totally preliminary'.