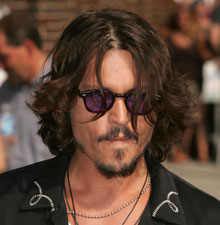 Johnny Depp's 7-year-old daughter Lily-Rose, who has reportedly been receiving treatment in a British hospital, is "much better" the actor's publicist stated on Thursday.

Britain's Daily Mirror first reported that Depp's daughter with his longtime love, French singer Vanessa Paradis, was admitted to a hospital nine days ago which fueled rumors about the severity of her condition.

While the newspaper kept Lily-Rose's ailment and location of the hospital under wraps, the news has sparked interest worldwide.

"We are happy to report that their daughter is doing much better," said Depp's publicist, Robin Baum. "The family greatly appreciates the continued support and respect of their privacy."