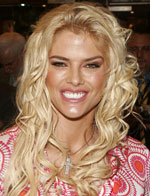 The cause of Anna Nicole Smith’s death has been determined, but will not be announced for up to two weeks to allow police time to close their investigation.

Anna Nicole, who tragically passed away Feb. 8, was just 39-years-old at the time of her death at the Seminole Hard Rock Hotel & Casino in Hollywood, Florida.

Broward County Medical Examiner Joshua Perper also revealed he’s implemented the delay to make sure none of the investigators' findings change any of his own findings, his office stated Thursday.

While a preliminary autopsy last month indicated that Smith did not appear to be a victim of foul play, the final reports will finally allow the former model and Playboy Playmate to rest in peace.

Click on an image to view the Anna Nicole photo gallery!