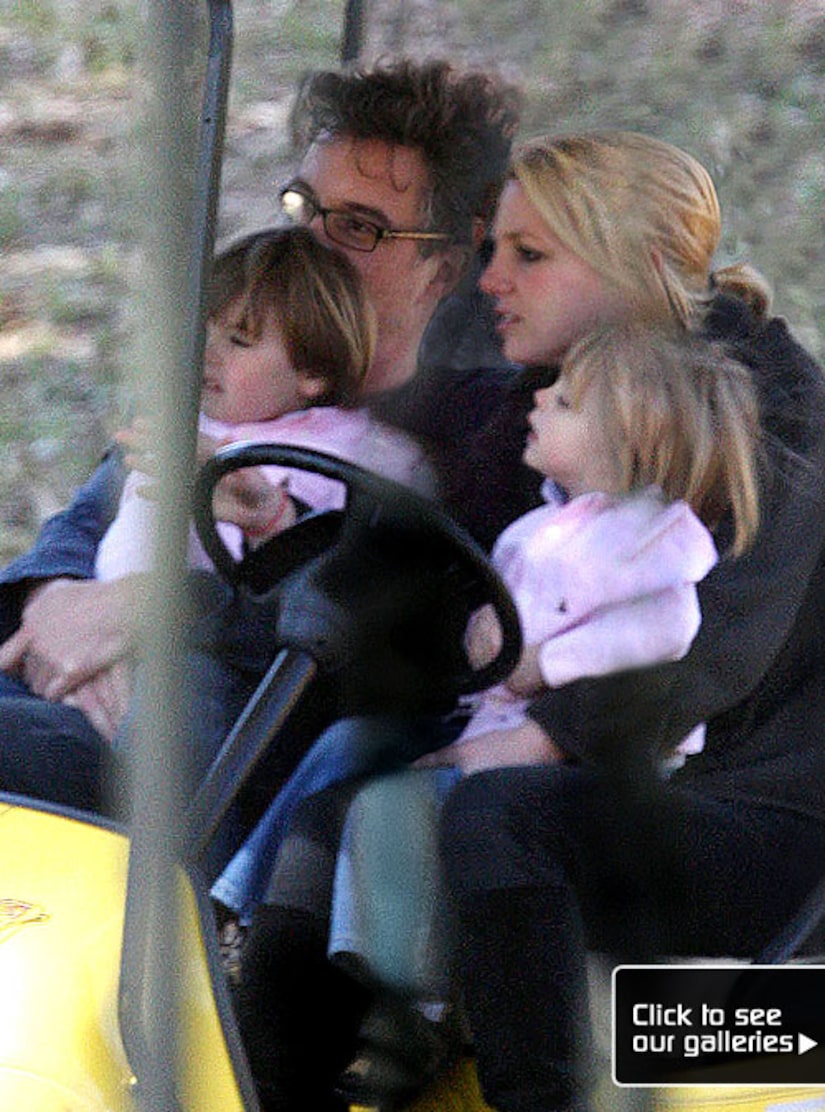 Wearing a wig, a red shirt and sunglasses, photographers caught pop princess Britney Spears with her nose in a book Thursday night, reportedly after visiting her cousin, Alli, in nearby Culver City.

But it looks like Brit hasn't only been seeking therapy at Promises, as her cousin indulged her with some retail healing (including clothes from her favorite store, Intuition), which Britney proudly showed off for the paparazzi before heading back to Malibu Thursday night.

So is Brit getting the star treatment?

No, at least according to OK Magazine's Rob Shuter, who told “Extra” that Britney is just like any other Promises patient.

Meanwhile, rumors of reconciliation with her estranged hubby Kevin Federline bounced across town Wednesday after Britney was spotted with a ring on her wedding finger.

However, “Extra” has learned the ring was not her wedding band.

New reports also confirmed that K-Fed's visits with Britney at Promises aren't so much to save their marriage, but instead to make sure the mother of his two children is holding up okay.

On Friday, Britney's former neighbor Tom Arnold, who has been sober for 17 years, told “Extra” that he spoke with Spears in the past about the dark side of stardom.

“The old man talked to her quite a few times, and Kevin,” Arnold admitted. “And I said, 'Listen, I've been in your shoes.'”

Now the funnyman, who plays a coach in Terrance Howard's new movie, “Pride,” is giving his own pep talk.

“She needs to get well, take care of her kids, whom she dearly loves, and quit killing herself,” he advised.