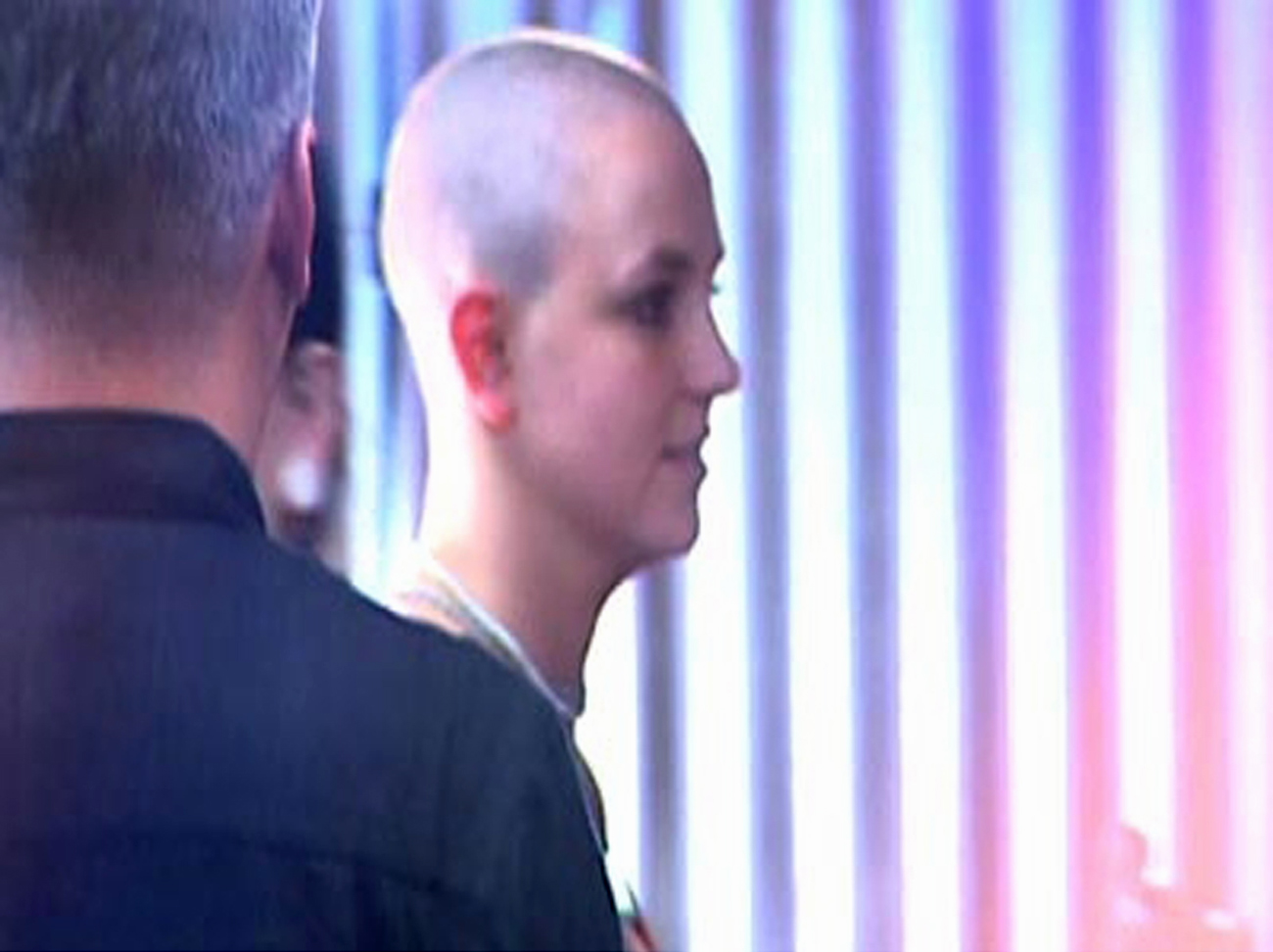 A beaming Britney Spears stepped out of the posh Promises rehab center Wednesday night, and “Extra” has the all-new video of the pop princess, wearing a brown wig, attending an AA meeting in Santa Monica.

That’s right, Spears did not leave Promises for good; OK magazine’s Rob Shuter gave us the scoop on Britney’s progress.

But did Britney use Wednesday night’s outing to avoid a celebrity rehab reunion?

Yes! Sources told “Extra” that Wednesday night was alumni night at Promises. We’re told famous stars showed up last week in hopes of seeing Brit, but that is when she left for the first time.

New reports also revealed that Britney’s first love, Justin Timberlake, left a personal message for his embattled ex wishing her the best… but that’s not all!

“We’ve got reporting at OK magazine that Britney’s mother reached out to Justin’s mother to talk to her, mom to mom,” Shuter revealed.

Pink and Mary J. Blige have also reportedly sent their support, and Blige recently told “Extra” that the troubled pop princess is in her prayers.

“I love Britney, and I think that she'll turn it around,” Mary J. said.

But “American Idol’s” Mr. Mean had only a hefty dose of tough love for Britney when he came to “Extra.”

“Don't go out with your stupid friends, grow your hair back and make a decent record,” Simon advised. “I know for a fact there are about 20 record producers flown in at the moment who are waiting to get Britney Spears into a recording studio.”

As for a comeback, Mr. Mean told us, “I think she is still interesting, and if she makes a decent record, she'll have a hit.”