"Extra" has your VIP ticket to the 79th Annual Academy Awards. 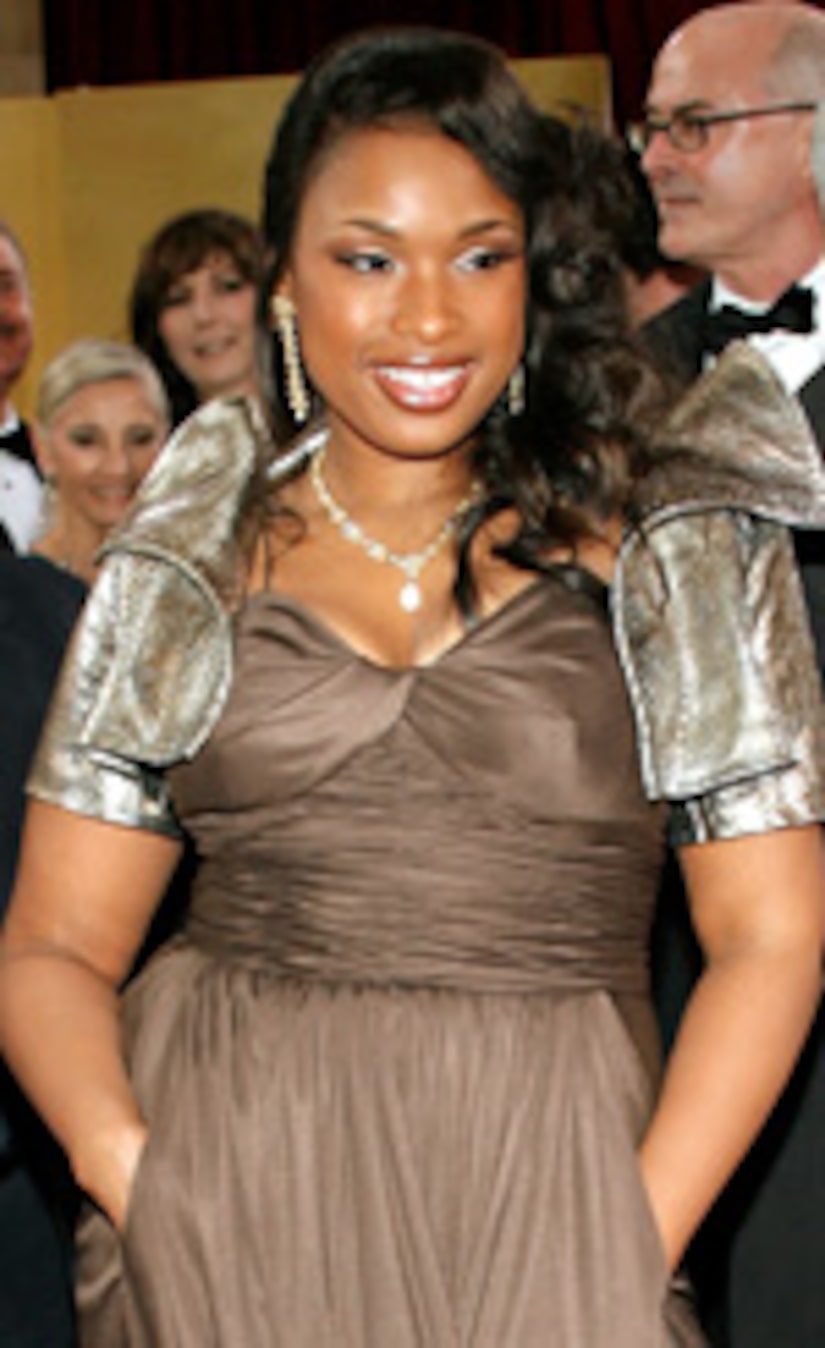 5:30 p.m.: This year's Oscars are officially here, and the show opens with a candid, quickly edited montage of the nominees talking about their prestigious nominations.

The evening's host, Ellen DeGeneres, starts off the show in a purple velvet suit and reminisces about her life long dream of hosting the Academy Awards.

Nicole Kidman and Daniel Craig are the first presenters of the night, announcing the winner for Best Art Direction, "Pan's Labyrinth."

5:53 p.m.: Back from commercial break, Will Ferrell opens with a performance in which Jack Black and John C. Reilly join in. Definitely a crowd pleaser.

They then announce the award for Best Makeup, won by "Pan's Labyrinth's."

Ellen picks up backstage and hands the show off to "Little Miss Sunshine" starlet Abigail Breslin and Jaden Smith from "The Pursuit of Happyness," who are ADORABLE. 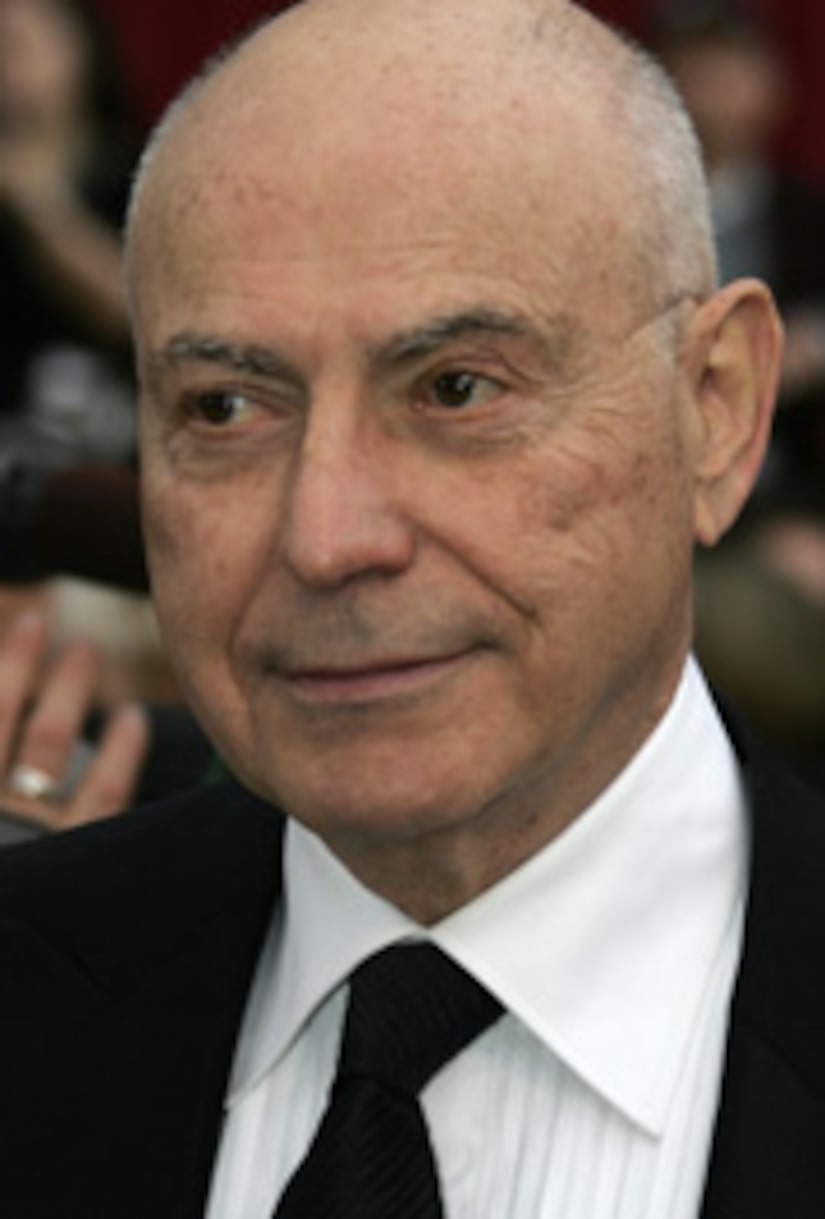 6:14 p.m.: Steve Carrel and Greg Kinnear take to the stage to present the award for Best Sound Editing; the Oscar went to Alan Robert Murray and Bub Asman for "Letters of Iwo Jima."

A visibly shocked Arkin thanks everyone for recognizing his independent film.

6:25 p.m.: Ellen then waltzes through the crowd, and chats with "The Departed" standout Mark Wahlberg and the film's director Martin Scorsese, to whom she hands a screenplay of what she called a cross between "Big Momma's House" and "Goodfellas."

Ellen seems like quite the choice to host this year's show. Great job.

6:30 p.m.: Coming back from the commercial break, James Taylor performs "Our Town" from the hit animated film "Cars."

Melissa Etheridge follows, singing her nominated song "I Need to Wake Up," from Al Gore's "An Inconvenient Truth."

Leonardo DiCaprio then joins former Vice President Al Gore on stage (anyone else think this may be an odd combo?). The duo thanks the American public for supporting the campaign to go green and fight global warming.

6:42 p.m.: As we come back from yet another commercial break, Ellen introduces Cameron Diaz, who looks modern and funky in a white Valentino frock. Looks like the single life agrees with her. 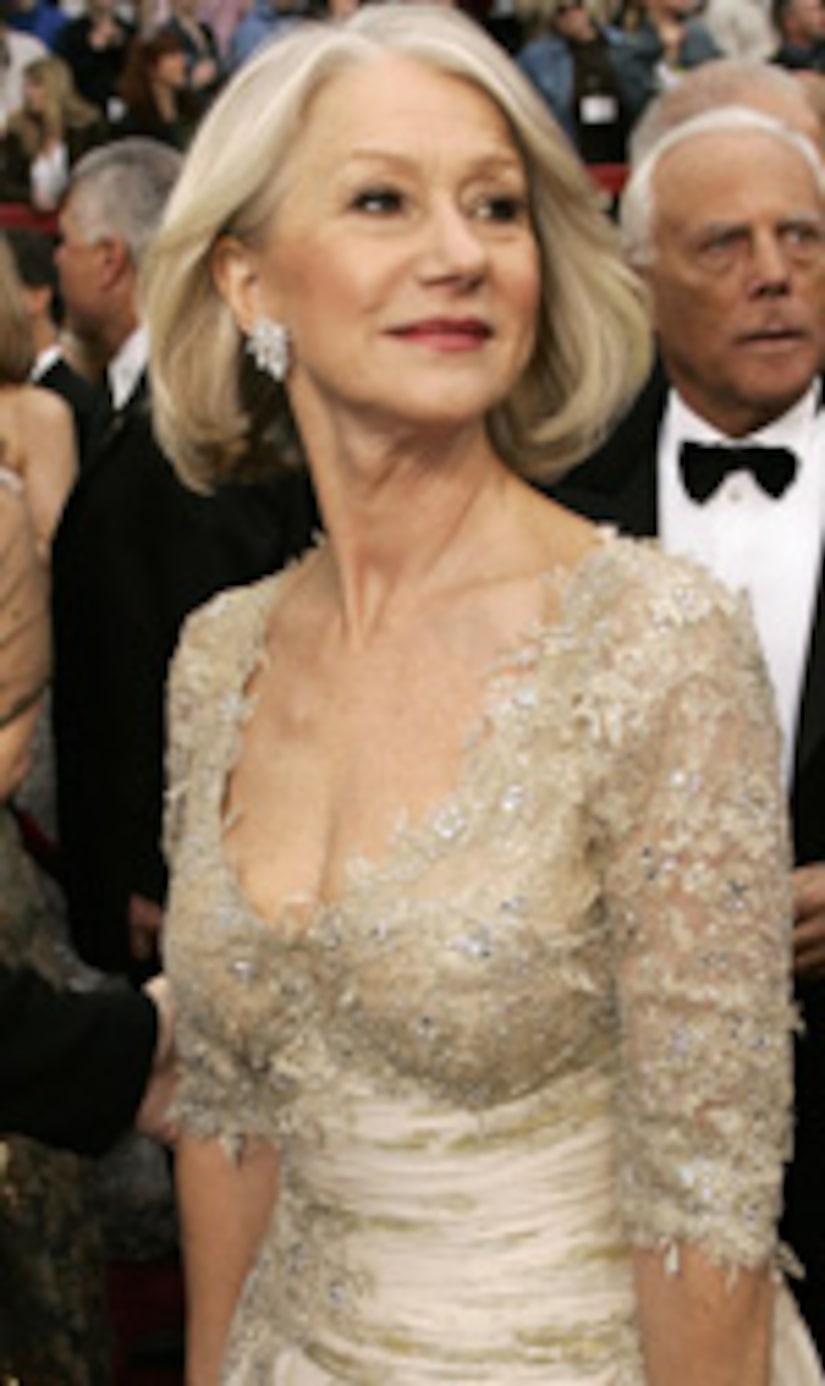 And... "The Departed" kills off the competition, as writer William Monahan storms the stage in awe, and gets a standing ovation from a newly bald Jack Nicholson.

6:59 p.m.: Ellen hands off the stage to "Devil Wears Prada" co-stars Emily Blunt and Anne Hathaway, who have rains of praise for their famous co-star Meryl Streep before presenting the award for Best Costumes. Sofia Coppola's "Marie Antoinette" is announced as the Oscar winner.

7:10 p.m.: Ellen takes to the crowd again, and she asks Clint Eastwood to pose for a picture to put on her MySpace page, before handing the show off to former Oscar winner Gwyneth Paltrow. 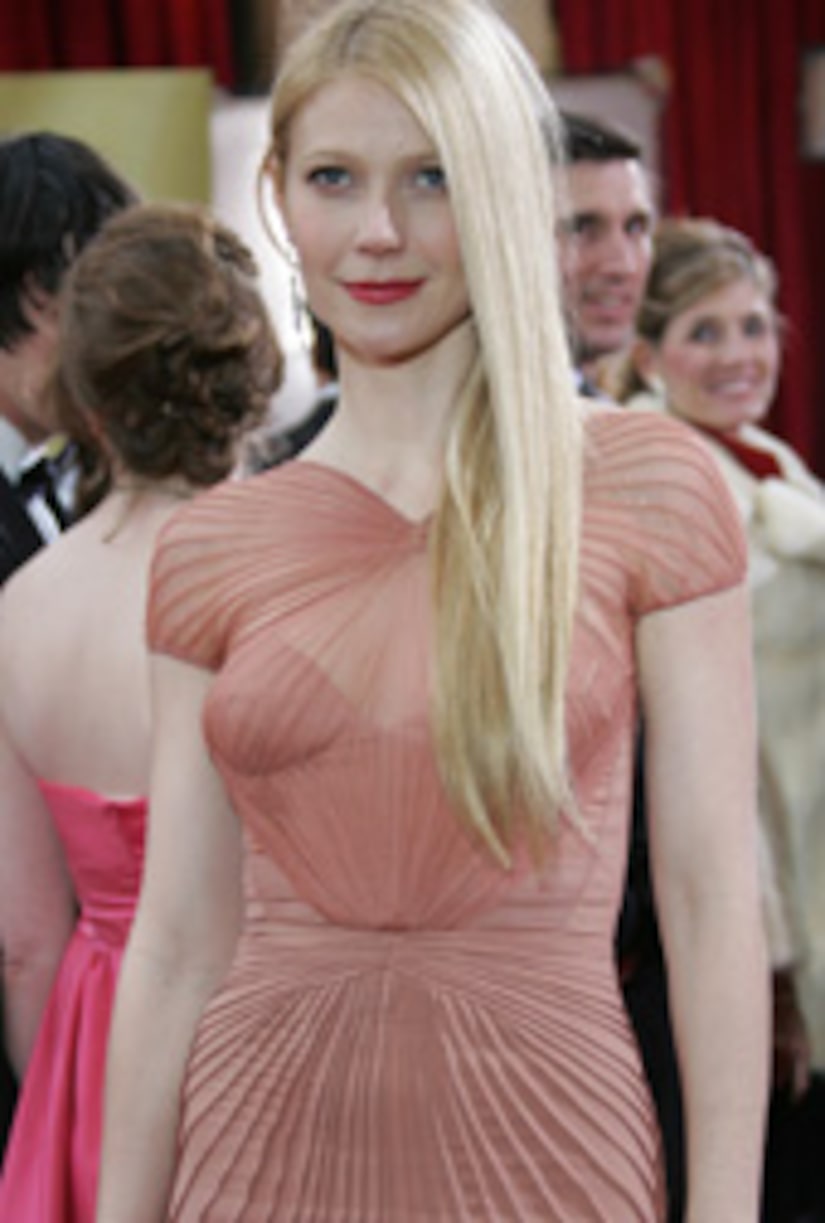 The blonde beauty, who looks amazing in a peachy hue, announces the nominees for Achievement in Cinematography; the Oscar goes to "Pan's Labyrinth," the film's third win of the night.

7:19 p.m.: And we're back with Naomi Watts and Robert Downey Jr., who are on hand to present the Oscar for Best Visual Effects.

Downey Jr. makes a reference to his own visual effects of the early 90's, alluding to his battle with drug abuse of the past before announcing "Pirates of the Caribbean" as the winner.

As we pan back to the stage, we see a glowing Nicole Kidman sitting next to husband Keith Urban... we were wondering where he was....

Clive Owen and Cate Blanchett present the award for Best Foreign Language Film; the Oscar goes to "The Lives of Others" out of Germany.

But what everyone really wants to know is what the envelope in George's hand says: who will get the Oscar for Best Supporting Actress? 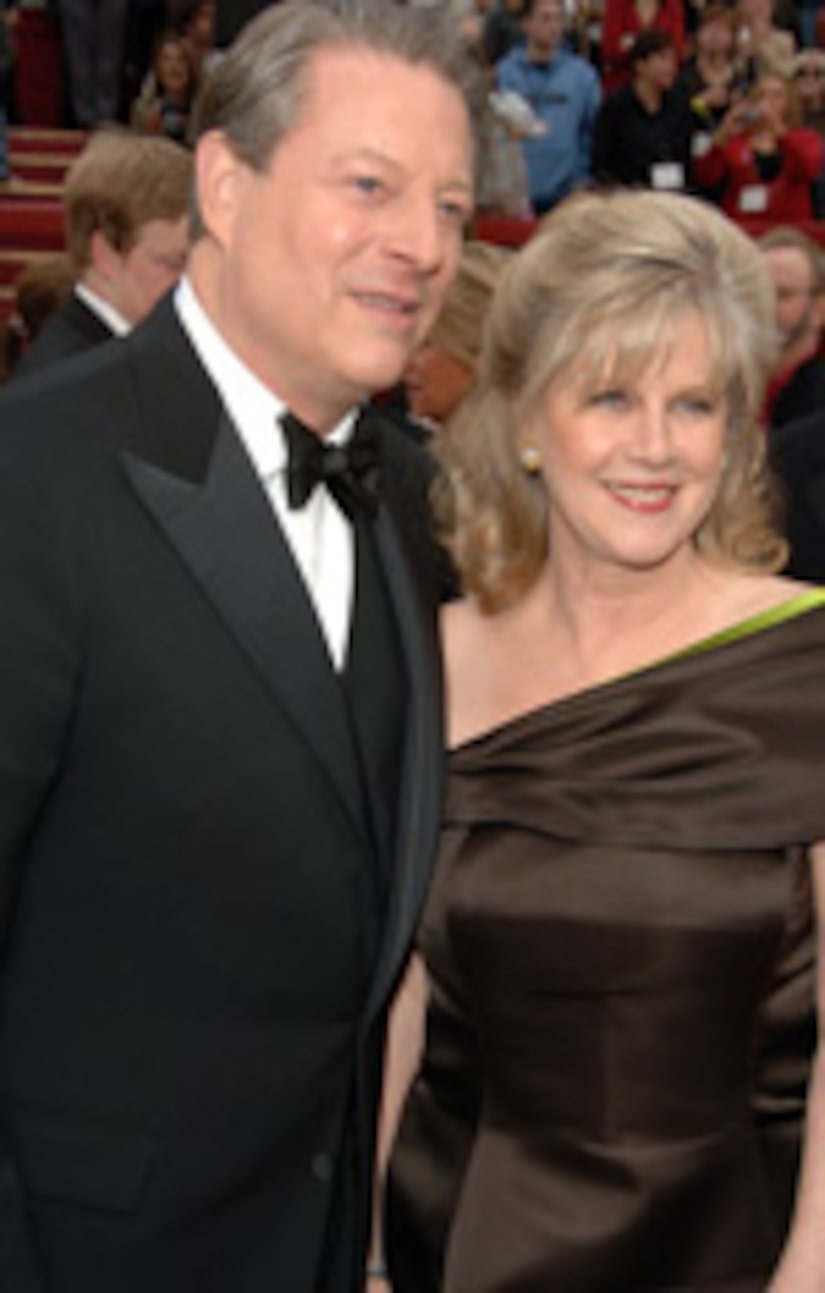 "Dreamgirl" JENNIFER HUDSON! Okay, at least that one wasn't an upset. The dream year will continue for this newcomer.

7:44 p.m.: Jerry Seinfeld is alive! And he's on the Oscar stage to present the award for Outstanding Documentary Feature, won by Al Gore's "An Inconvenient Truth."

Gore gets a standing ovation, as he thanks his wife and family before encouraging everyone to fight the global warming crisis; "It's a moral issue, not a political issue," he tells the supportive crowd.

The show then moves into the world premiere of Celine Dion's "I Knew I Loved You."

7:58 p.m.: We're back to Clint, who introduces the composer to the stage; and, again touching on the universal language of film, he accepts the award in his native Italian, which Eastwood translates. 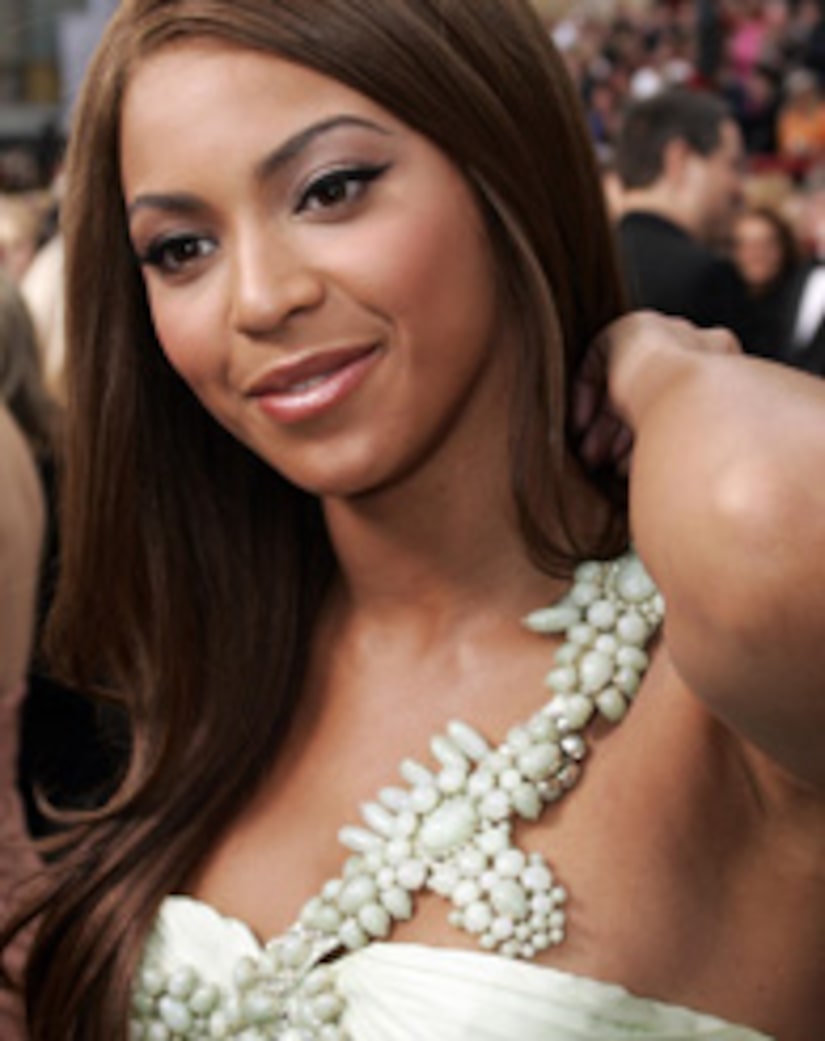 8:20 p.m.: It's time for the highly anticipated performance from the "Dreamgirls." AMAZING. These three gals can sing.

8:28 p.m.: John Travolta and Queen Latifah team up to present the award for Best Original Song; the Oscar goes to Melissa Etheridge's "I Need to Wake Up" from "An Inconvenient Truth."

8:35 p.m.: Oscar nominee Will Smith takes his turn on the Kodak Theater stage to reveal how America can be defined through its movies; and this Oscar night, we're looking at classics produced and directed by Michael Mann. 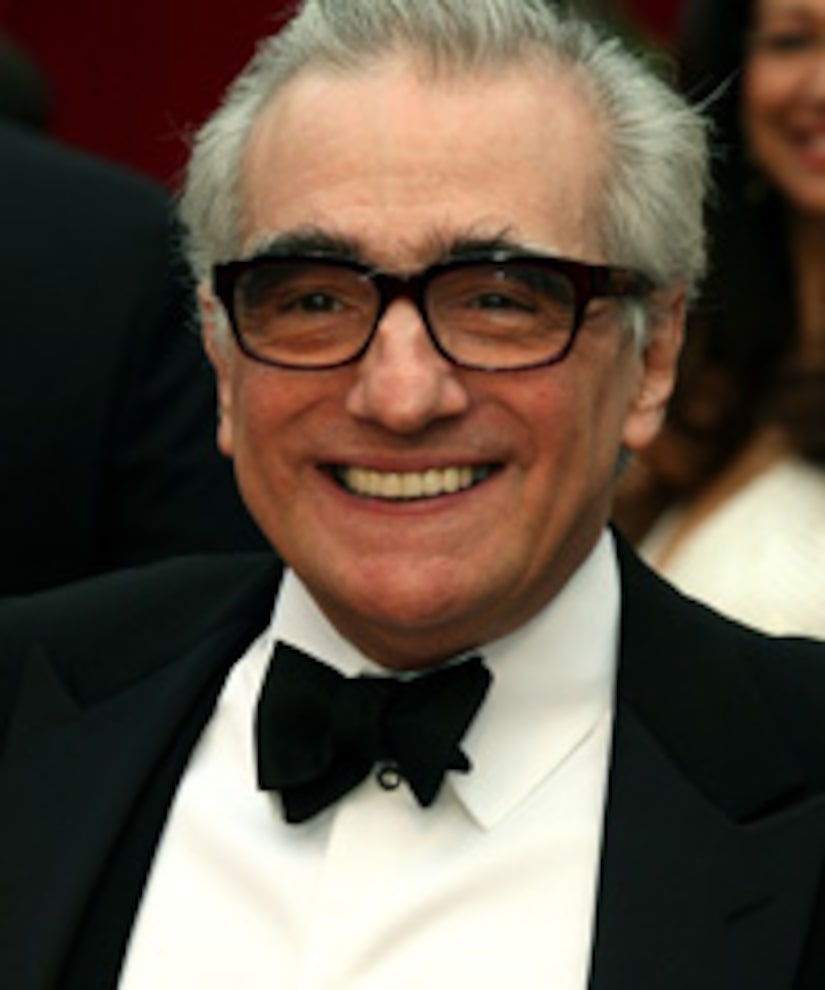 And the Oscar goes to... HELEN MIRREN! All hail "The Queen!" (No surprise here.)

Just as he did as the Golden Globes, Whitaker chokes up as he accepts his prestigious award.

Will Scorsese be ignored again? NO! MARTY wins for "The Departed," and the A-list crowd rises to their feet to honor the director.

As he takes the stage he jokes, "Will you double check the envelope?" And as Scorsese exits the stage, Jack is waiting with a congratulatory hug.

9:12 p.m.: Diane Keaton and Jack Nicholson have the honor of announcing the winner for Best Picture; and "The Departed" wins! Martin Scorsese, this year's Golden boy, will celebrate his win with a bang!

9:16 p.m.: Ellen closes the show with a "Good Night," as "Extra" sends our congrats to this year's Academy Award winners!

Click on an image to view arrival photos from the Oscars