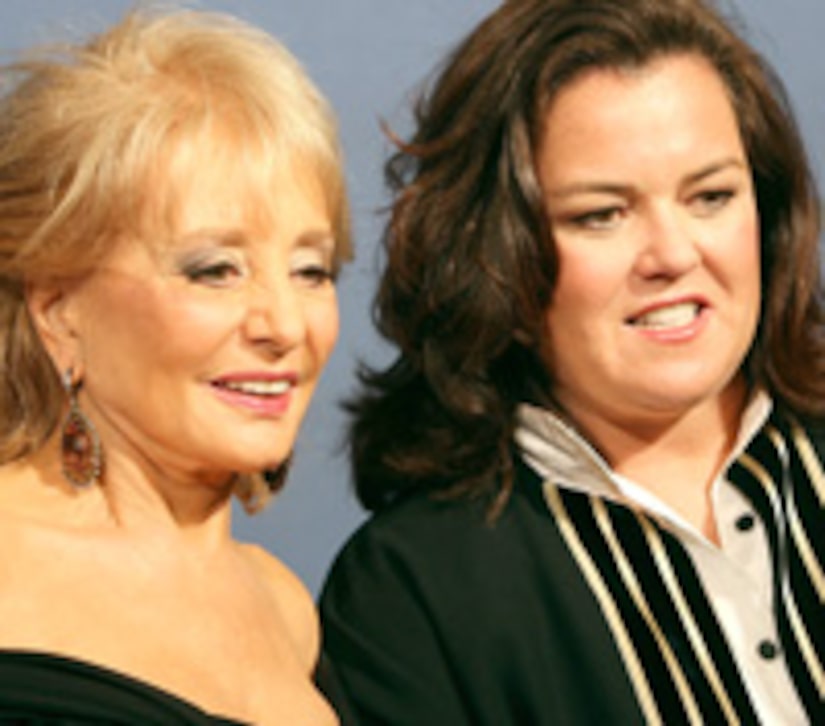 Amidst ongoing rumors of tension on the set of "The View," Barbara Walters is setting the record straight about the hit morning show and one of its controversial co-hosts, Rosie O'Donnell.

"You can't do a show everyday with four people like us if we don't like each other," Walters insisted. "I don't know if Rosie is going to stay on when her contract is up. I'm not sure Rosie knows. We hope she will stay on."

At home with Ellen DeGeneres and girlfriend Portia de Rossi, Walters got the Oscar host to open up about her future.

"Ellen has never said this before to my knowledge, we asked her if she'd consider a late night show," Walters revealed.

Ellen's answer? "When my contract is up, we'll see where I am. I'd definitely consider that."

Barbara also sat down for a rare interview with Eddie Murphy, who feigned outrage when asked about his so-called career slump.

"A slump? I didn't have no damn slump," he told the legendary newswoman. "Let me tell you something Barbara Walters. People like 'Pluto Nash,' I met two or three. I know people that like 'Golden Child' too. This is an outrage on ABC."

And what happens when Barbara asks Oscar-nominated "Dreamgirl" Jennifer Hudson whether she'll thank Simon Cowell if she wins?