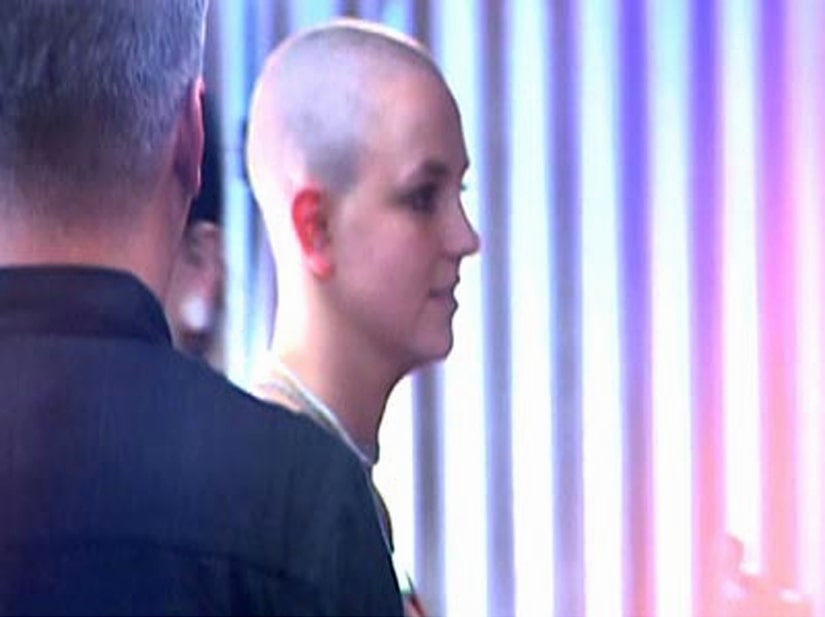 There is video of Spears entering the center with her mother, Lynne Spears. Lynne is driving, she buzzes the intercom and the two drive through the gates.

Additionally, “Extra” has learned about an incident earlier in the evening between Spears and her estranged husband, Kevin Federline.

X17online.com is reporting that Spears went to Federline's house last night. Their two children were inside the house and Federline would not let Spears inside.

Spears then turned on the camera men outside the home flailing her arms and hitting the cameras.

Britney's estranged hubby revealed he would take emergency action Thursday morning to get custody of their two sons, Jayden James and Sean Preston, but the custody hearing has since been cancelled because of the new development.

According to TMZ.com, sources say K-Fed is deeply concerned about his estranged wife and wants her to get the help she is now seeking.

“Extra's” also learned that this stint in rehab is Brit's last chance in the battle for custody of her two young boys; if she leaves rehab before getting full treatment, which is estimated to be between 30 to 45 days, K-Fed will immediately go to court seeking order will allow him full custody.