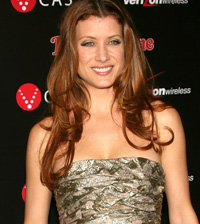 Paging Dr. Addison… “Extra” has learned that “Grey’s Anatomy” starlet Kate Walsh may soon be scrubbing in for her very own show!

ABC and “Grey’s” creator Shonda Rhimes announced the decision Wednesday, revealing the spin-off will fill a primetime prescription that would center on Walsh’s sexy neonatal character.

While the show is not a go just yet, word is that a special dose of “Grey’s” would serve as a pilot and is scheduled for its debut in May.

Click on an image to see the “Grey’s Anatomy” photo gallery!