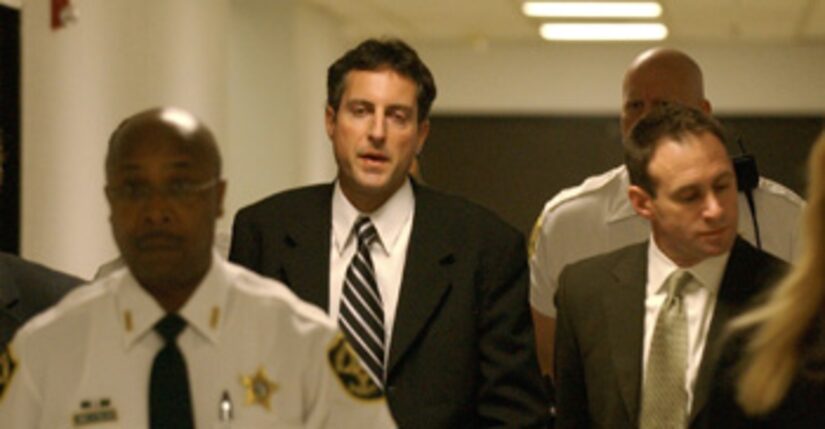 In what is surely the courtroom battle of the year, Anna Nicole Smith's lawyer and rumored lover Howard K. Stern took the witness stand on Tuesday.

After swearing in under the ruling of a Florida judge, Stern revealed Anna Nicole's secret wish: to be buried near her idol, Marilyn Monroe, TMZ.com reports.

Stern added that Smith knew that it wouldn't likely happen because it was “prohibitively expensive.”

The embattled lawyer also confided to the courtroom that like Marilyn, Smith also predicted she would die young.

“She thought she would die while giving birth to Dannielynn” he shared. “She talked of death really from the time I met her.”

While Stern loved Anna dearly, he told the judge that Anna's second husband, J. Howard Marshall, was “truly, truly the love of her life.”

“Extra's” Carlos Diaz is inside the courtroom today covering the trial that will ultimately decide who has jurisdiction over Anna Nicole Smith's body. Below are some additional details from the proceedings:

Stern and Larry Birkhead are sitting less than four feet away from each other. Smith's mother, Virgie Arthur, is sitting to the left of Stern.

As the attorneys were talking about Smith's body being embalmed, Stern had his head in his hands. He was shaking his head slowly back and forth as if everything was too difficult for him to hear.

Smith's father, Donald Hogan, is in the courtroom. At one point during the hearing, Birkhead's sister came and gave Hogan a big hug.

Birkhead was nodding his head vigorously when the judge referred to him as a man in the courtroom who believed he is the biological father of Dannielynn.

For much of the proceeding, Stern has sat expressionless, staring blankly forward with his head down. The only time he looks up is when the judge interrupts his attorney or there is an objection.

Arthur is constantly holding hands over her right shoulder with her husband.

The coroner, Dr. Joshua Perper, complained that he couldn't hear what was going on from his seat in the back of the courtroom. So, the judge moved him up into the jury box.