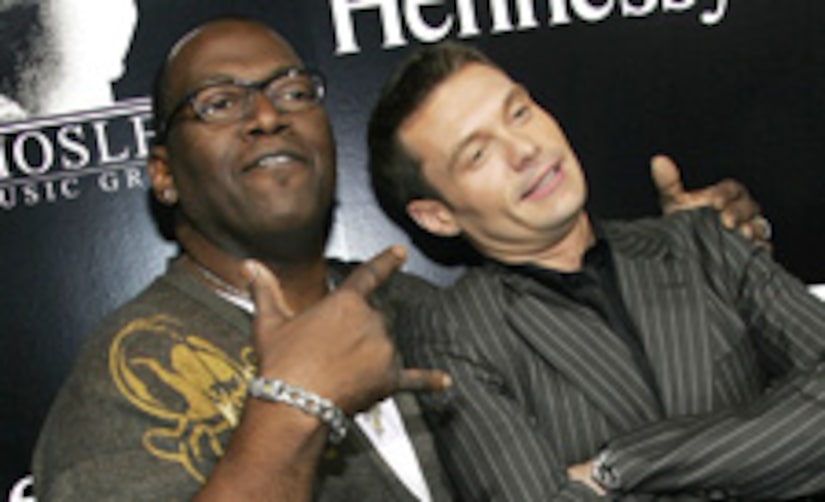 "Extra" was backstage at "The Tonight Show" with the gang from "American Idol," where Simon Cowell had some advice for Britney Spears.

"She needs a big record to forget the shaving of the head," he told us.

About rumors that Cowell and his girlfriend, Terri Seymour ("Extra's" correspondent), want to have kids, Ryan Seacrest told us, "I've never seen him turn red. The second I started to talk about kids [he did]!"

When asked about who he was dating, Seacrest exclaimed, "No one!"

On the rumors that Victoria Beckham is going to guest judge, Paula Abdul said, "For God's sake Terri, how many guest judges do you think there's going to be!"