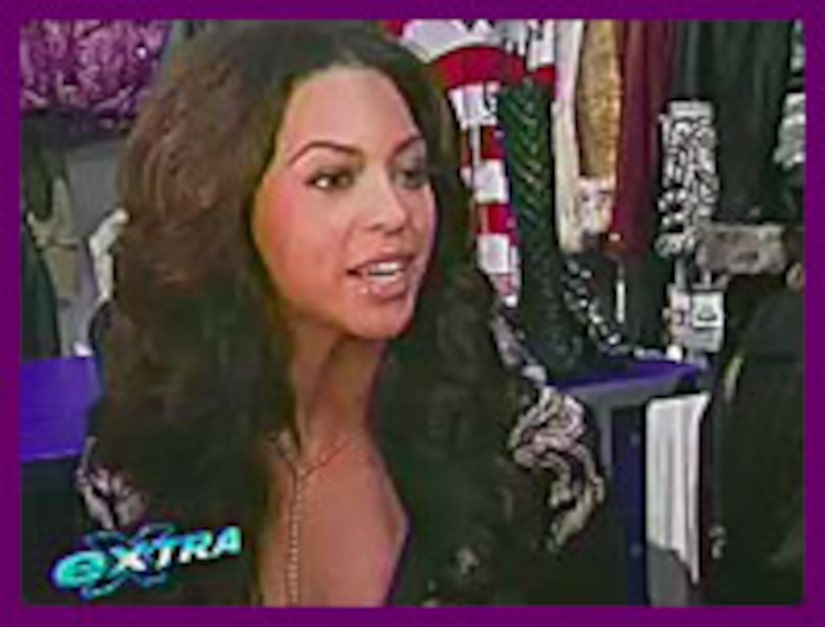 Only “Extra's” Tanika Ray was hanging out in Vegas this weekend with mother-daughter designers, Beyoncé, Solange and Tina Knowles, where we got an exclusive sneak peak at their new fashion collection.

Beyoncé showed us the label's sexy new line, which included jean shorts, showy prints, sparkly shoes and their own spin of a warm-up suit.

“Instead of regular warm-ups we did a warm-up cat suit,” she displayed. “It's open in the back, still sexy, got to keep it sexy.”

Dereon is the edgier and hipper spin-off of the sophisticated House of Dereon line, and the Bootylicious diva explained their decision to branch out: “Even though it's a junior line, I wanted to make sure I would wear it, and you would feel sexy and different in it.”

But don't expect to see this “Dreamgirl” rocking any of her own designs come Oscar night; the superstar hinted she could be wearing Armani, Elli Saab or Cavalli.

“I decide the day of,” Beyoncé admitted.

And as “Extra” found out, that may be because she's too darn busy; she just wrapped a new music video with the super sexy Shakira.

But does Beyoncé get her hips shaking alongside the Latin sensation?