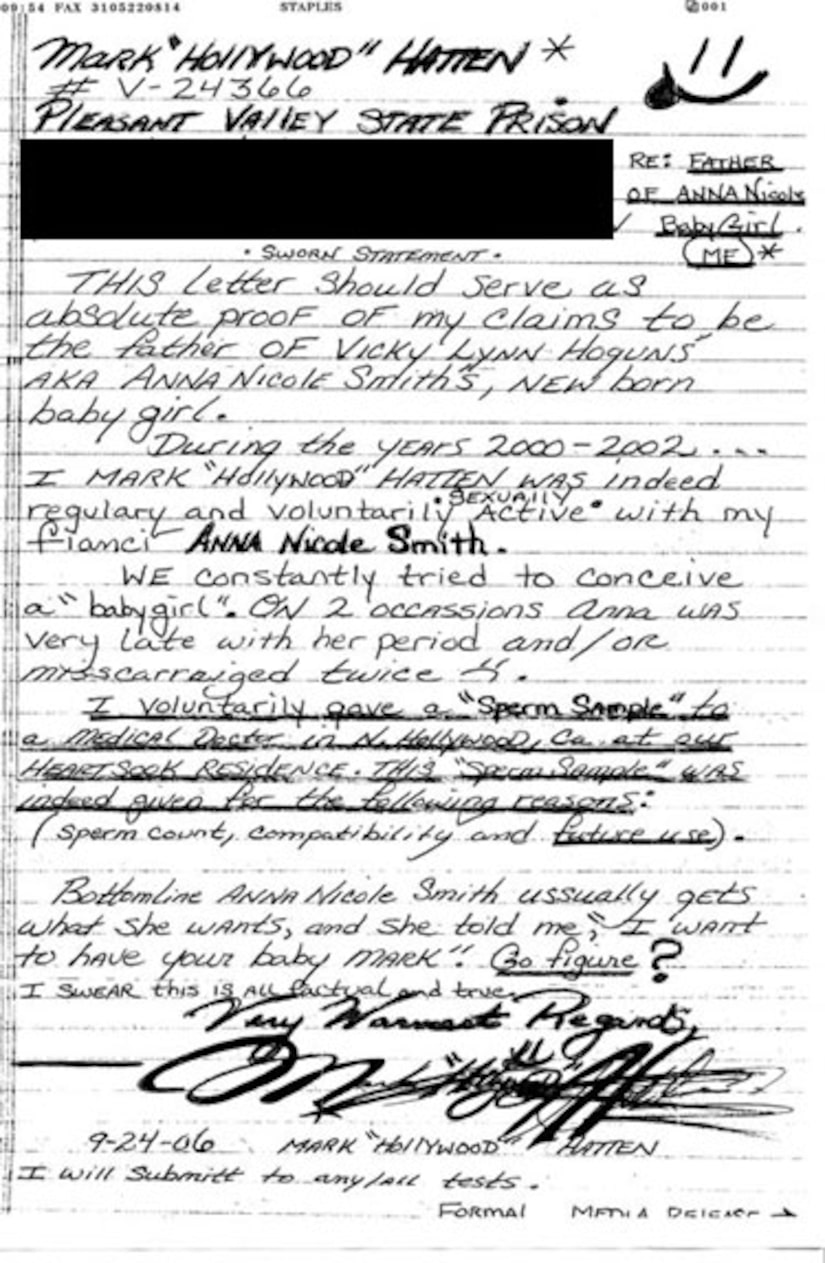 Only “Extra” received a second letter from Mark “Hollywood” Hatten, who claims he is the father of Dannielynn, Anna Nicole Smith's 5-month-old daughter.

Hatten is presently in Pleasant Valley State Prison. He is serving a 7-year term as a result of a few convictions, one of which was making criminal threats against Anna Nicole Smith.

In the letter, Hatten wrote he “was indeed regularly and voluntarily sexually active with my fiancée Anna Nicole Smith.”

Further, he wrote that he “voluntarily gave a sperm sample…. for the following reasons… sperm count, compatibility and future use.”

He added, “I swear this is factual… I will submit to any/all tests.”

He said, “Bottom line, Anna Nicole Smith usually gets what she wants and she told me, 'I want to have your baby, Mark.'”