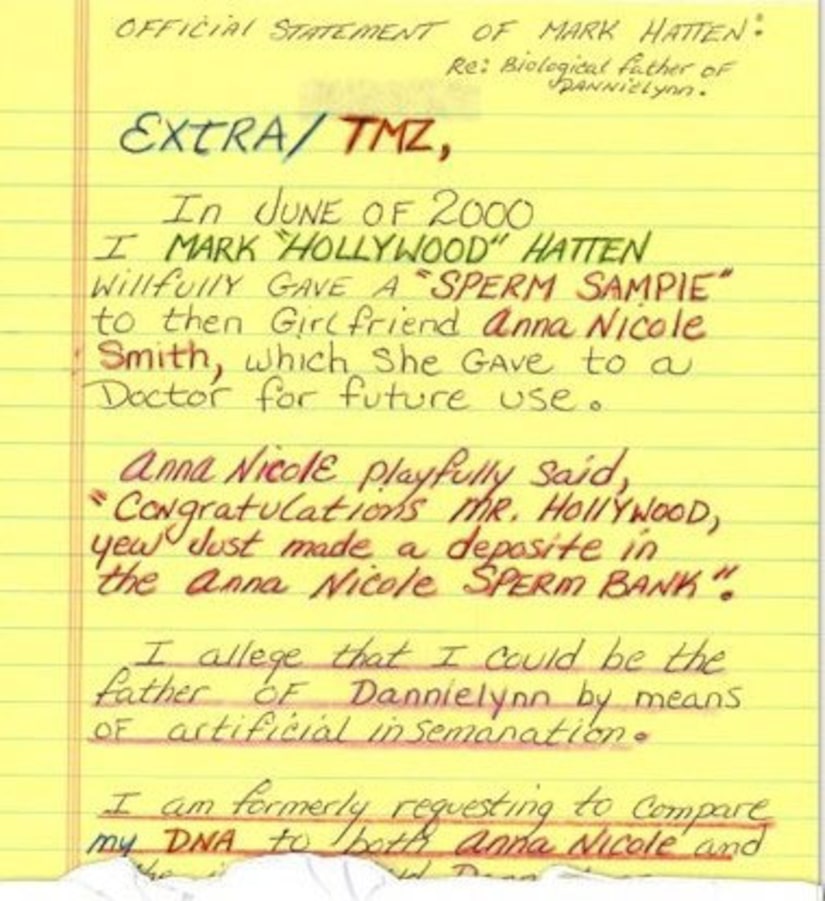 In a letter to “Extra” and TMZ.com's Harvey Levin, a man by the name of Mark “Hollywood” Hatten claims he too many be the father of Anna Nicole Smith's baby girl, Danielynn.

But that's not all; Hatten claims he and Smith were romantically linked in 2000, at which time she asked him for a sperm sample for later use.

And as you'll see in the letter, Hatten, who is currently locked up in a California prison, believes his seven year old specimen was used to articifically inseminate the former Playboy Playmate.