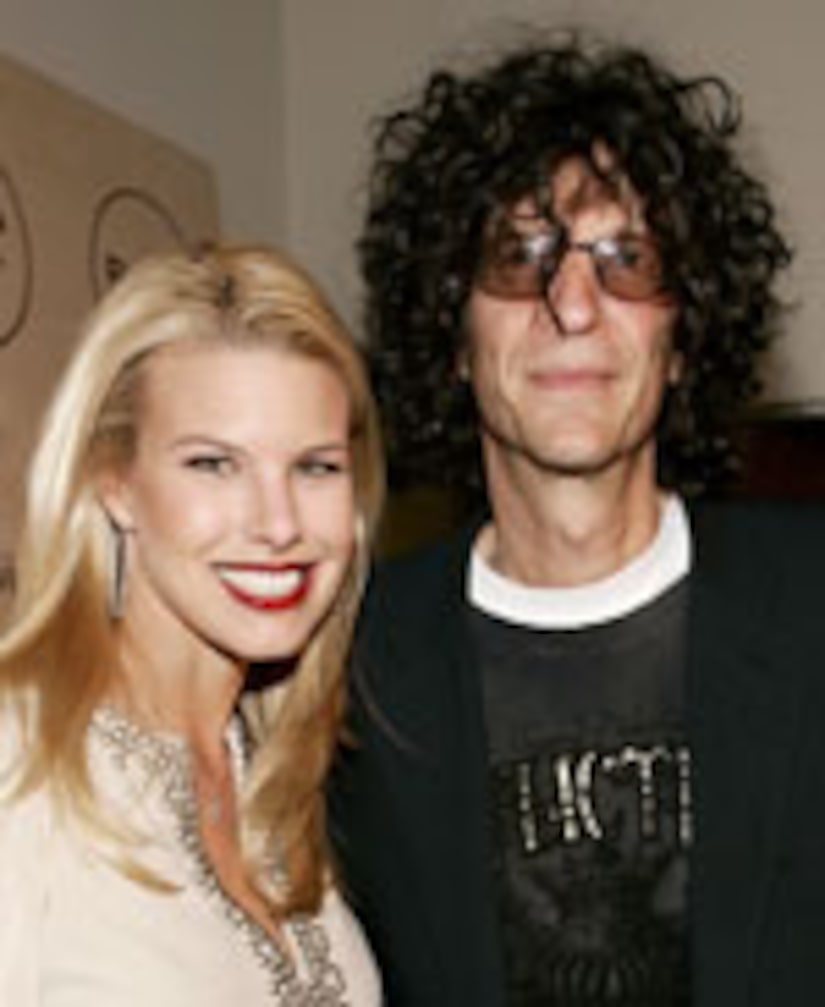 Stern, who is worth more than $500 million, popped the question Tuesday night with a 5.2 carat ring, before spilling the details on his Sirius radio show Wednesday morning… at which time he revealed he proposed in the buff!

“I was naked, she was naked and we were on the bed,” Howard dished. “And there was the ring and she said, 'What is this? A joke?'”

Beth was indeed clueless about her impending surprise on Tuesday when she modeled a new Barbie line of MAC Cosmetics for “Extra.”

“With Howard, every day is Valentine's Day,” the blonde bombshell said -- and now she has the diamond to prove it!