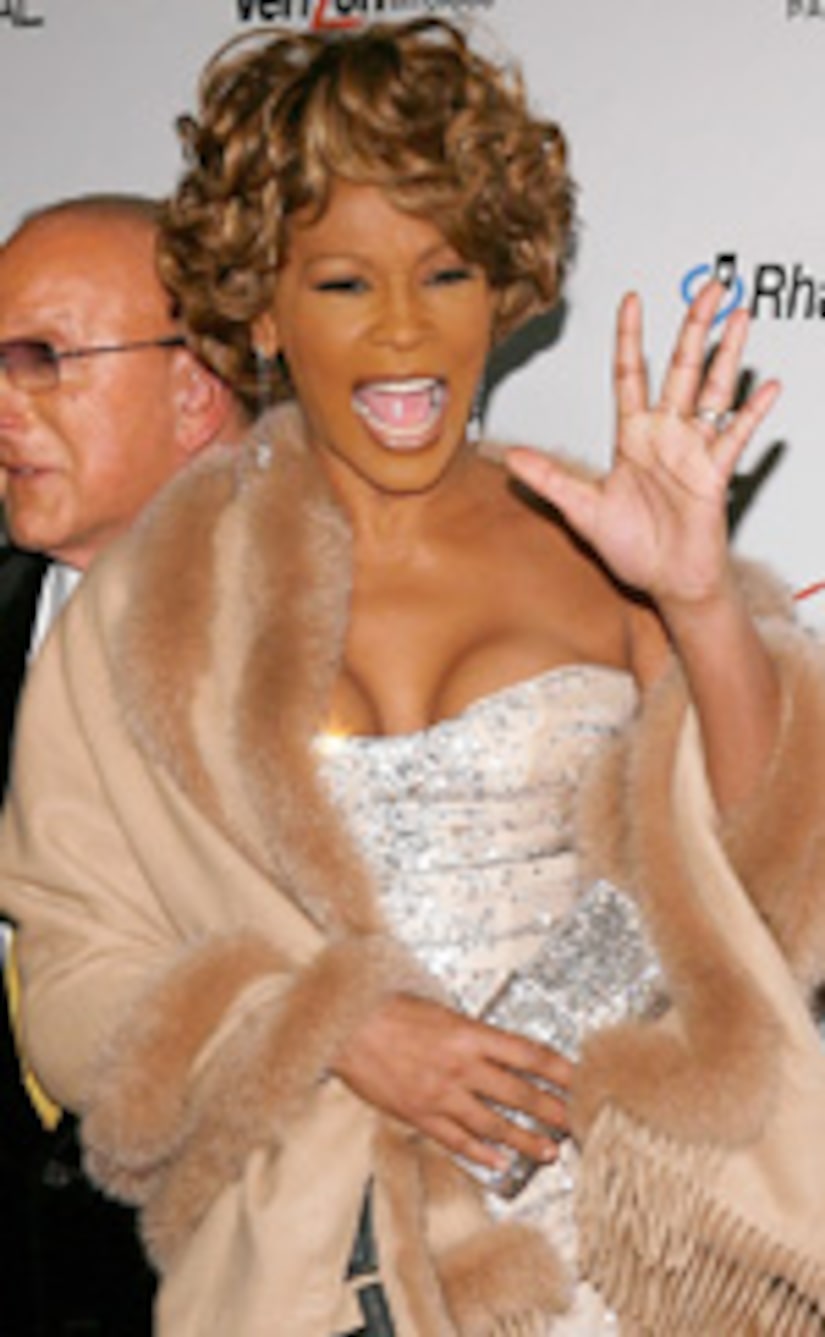 The beloved Whitney Houston stole back the spotlight Saturday night as she wowed the star-studded crowd at Clive Davis' annual pre-Grammy's bash.

But did Whit secretly reunite with her bad boy ex, Bobby Brown?

If the proof is in the pictures, then yes!

“Extra” caught Whitney out to dinner Sunday night with Bobby at L.A.'s Dan Tanas with daughter Bobbi Kristina and a few friends.

After the check came, Whitney grabbed her man and her doggy bags before heading back to the Beverly Hilton.