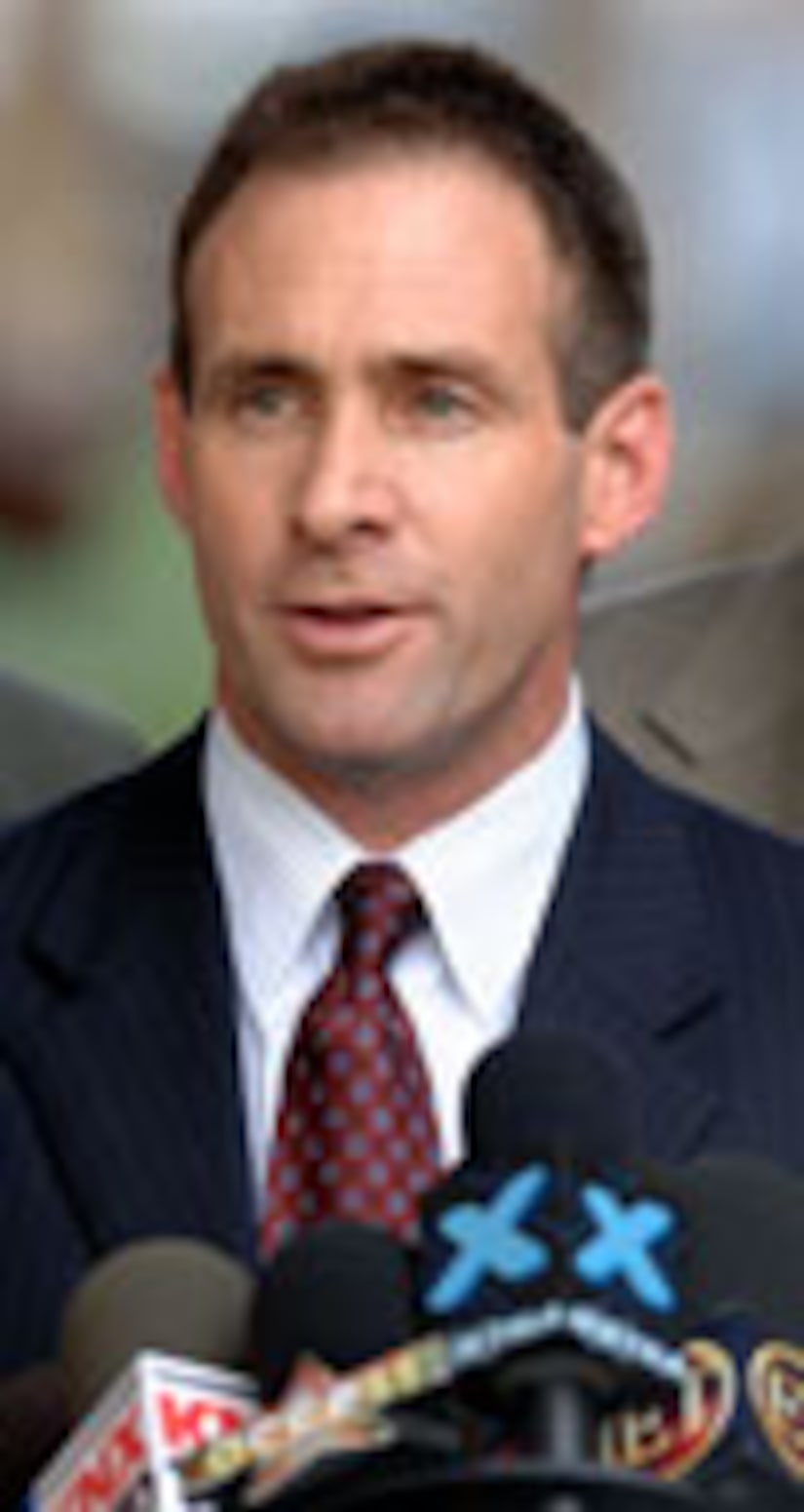 A helpless little girl who will never know her mother, a grandmother's anguish and two men pitted against each other in a seemingly endless legal tug of war -- Anna Nicole is gone, but she has most definitely left behind a tangled web.

Friday, on “Good Morning America,” Anna Nicole's mother, Virgie, made a plea for her granddaughter, stating, “Please have your prayers go out to Dannielynn.”

The battle for Dannielynn Hope has officially begun as the 5-month-old child is set to become a million dollar baby.

Friday in Los Angeles, a judge denied a request by Larry Birkhead for an emergency DNA test.

From the day Anna Nicole announced her pregnancy on her website, Birkhead claimed he was the father, a claim recently supported by Anna Nicole's mother on “The Dr. Keith Ablow Show.”

“I think that Larry Birkhead is the father,” Virgie told Dr. Keith.

Splash News Agency talked to Birkhead just as the tragic news of Anna Nicole's death was breaking, and he was utterly devastated. Birkhead was in seclusion Friday, but on his website, he left an emotional message, which included, “My heart is broken. My tears are endless.”

Of Anna Nicole's companion, Howard K. Stern, Anna Nicole's lawyer, Ron Rale, told us, “Howard was so choked up he couldn't even talk on the phone.”

“Extra” has learned that Howard had to be sedated.

Meanwhile, Zsa Zsa Gabor's 64-year-old husband dropped this bombshell: he claims he could be the father.

But where is little Dannielynn now? “Extra” has learned she is in the Bahamas with a family friend.

“I think the baby is going to be a pawn in a financial mess,” insisted Lynn Crandall, Anna's friend and a Los Angeles gallery owner. “And I hope Larry Birkhead is able to prove that she's his daughter.”

Whoever gets custody of Dannielynn could determine who gets the inheritance.

Forbes magazine's Leah Goldman said the money could be huge if Smith's estate ever gets a piece of her former husband, J. Howard Marshall's, mass fortune.

“It is conceivable the inheritance could be upwards of $500 million,” Goldman revealed. “It could get ugly.”

So did Anna have a will? Attorney Philip Boesch, who will continue to represent Smith's side in the estate case, hints that she might have.

“She had I believe given some thought to an estate plan,” he said. “And that will come out.”

So with a long legal fight ahead, it seems that even in death, Anna Nicole Smith cannot rest in peace.