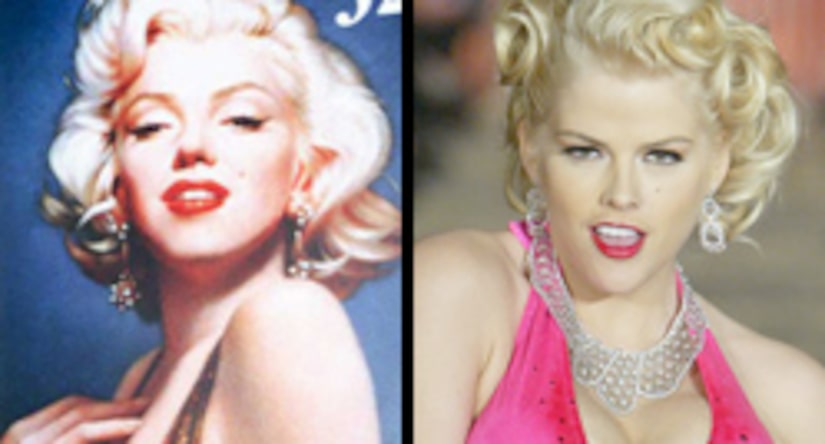 They were both busty blonde sex symbols who died too soon.

But Marilyn Monroe was more than an icon to Anna Nicole Smith. The former model admitted to “Extra” that she was obsessed with the screen legend.

“The way she talked, so poised,” Smith told us. “So beautiful, so sad. She was all around me.”

She dressed like her, she named one of her dogs after her, she sang Marilyn's songs, and according to People magazine's Jess Cagle, “Anna Nicole even wanted to remake 'NIagra,' which was one of Marilyn Monroe's films.”

According to her limo driver Todd Bernstein, Smith also wanted to die like Marilyn.

“She did say she would have liked to die like Marilyn, young and beautiful,” he recalled.

And sadly, now it seems Anna Nicole has gotten her wish.