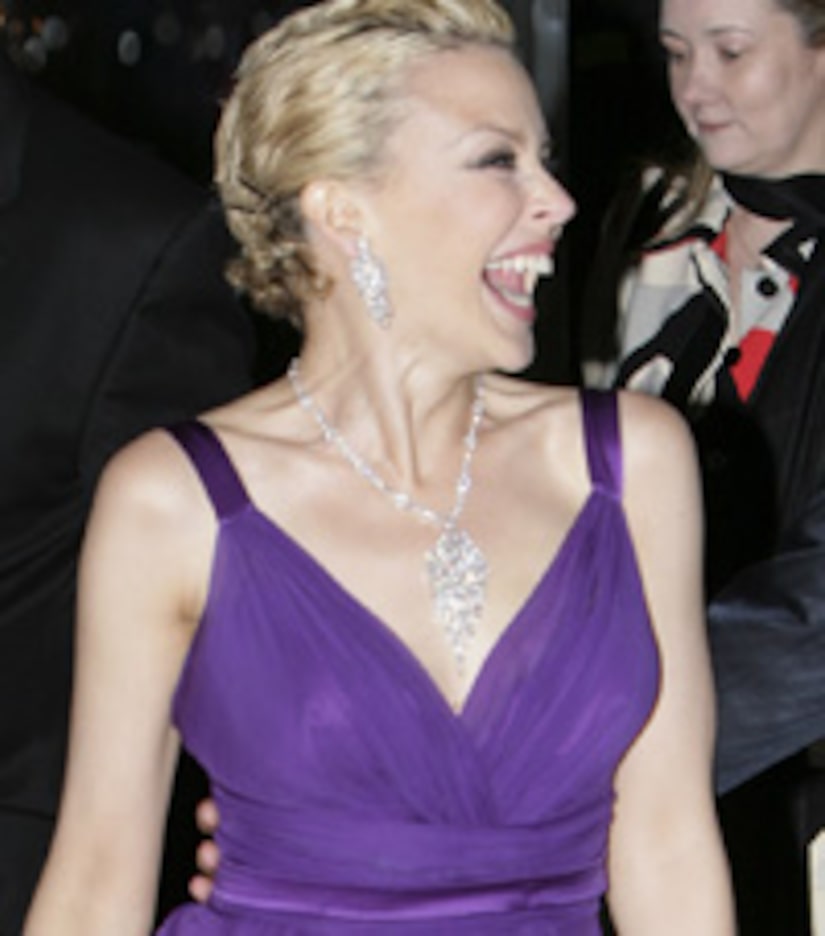 The girl's day out marked Kylie's first public appearance since she and actor Oliver Martinez called it quits.

“She's having a great time, and it's not just a brave face,” a pal said of her visit, “It is not a case of brushing aside all that has been going on, she is simply having fun.”

At the event, Kylie admitted that while she and Oliver have gone their separate ways, he continues to support her and even called to send good wishes for the evening.