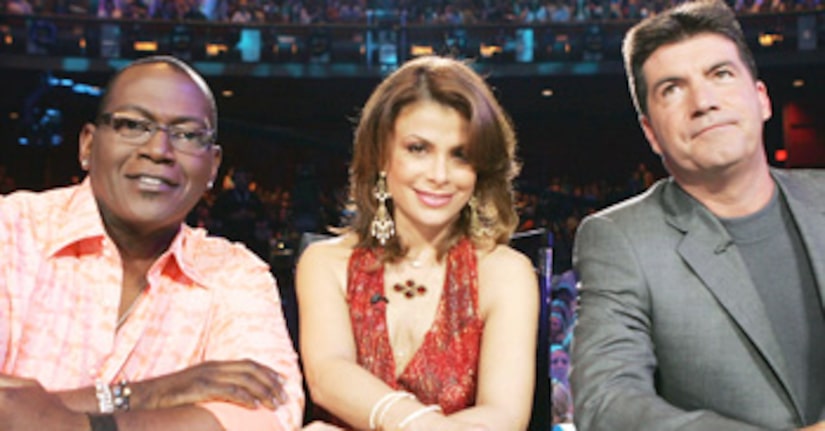 It seems that every season, one “American Idol” contestant's secret past comes back to haunt them during the Hollywood round.

But this year, “Idol” producers are nixing the troubled from even stepping foot in Los Angeles to begin with.

“Extra” has learned that Akron Watson, who auditioned for “A.I.” in San Antonio, Texas, has been asked not to come to the Hollywood round, although he was put through during auditions.

The unemployed Akron came to the audition hoping to fulfill his dreams, and he initially won over Simon, Paula and Randy by singing a soulful rendition of “A Change Is Going to Come” by Sam Cooke, followed by “Let's Get It On.”

Now, Akron has been asked not to show up, leaving many to wonder why.

We've learned that one potential setback for Watson is a misdemeanor charge of marijuana possession; however, Akron said that he told “Idol” about his past

Now, the singer wannabe has launched a MySpace page in an attempt to raise support to get him back to the stage in Hollywood.

“I don't know about you, but that seems jacked up to me,” the page says. “I want, need, and deserve my shot @ being the next AMERICAN IDOL.”

Meanwhile, another “Idol” hopeful's past is being exposed: 18-year-old Ashlyn Carr was reportedly arrested for pouring sugar in her ex-boyfriend's gas tank.

The Sugar Land, Texas native made the cut to Hollywood, despite the confusing weird faces she made while singing.

According to an online article in The Houstonian, after a student at Sam Houston State University found sugar in his gas tank, he gave the University Police a list of people potentially responsible.

“One of those suspects, Ashlyn Carr, 19, was called in by UPD and confessed to the crime. She was arrested on criminal mischief charges, a state jail felony and booked into the Walker County Jail,” the paper reported.

Since the arrest happened after Ashlyn's “American Idol” audition, there is no telling what impact it had on her participation in the competition.

But stay tuned to “American Idol” each week to find out!