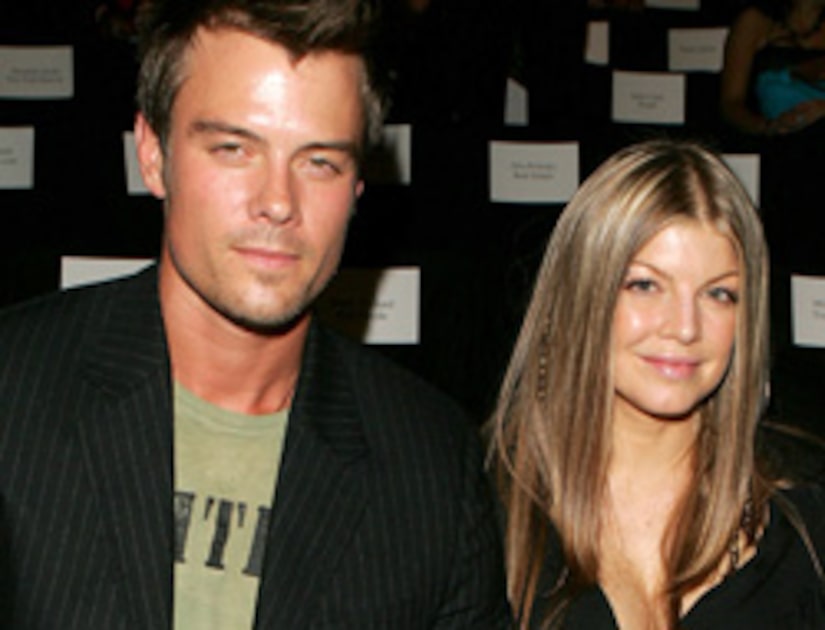 Fishing, cooking and karaoke are a few of the ingredients that keep the romance hot between Fergie and resident “Las Vegas” heartthrob, Josh Duhamel.

“We always do quirky romantic things,” Fergie dished to People magazine at the 5th Annual Cadillac Super Bowl Grand Prix, where the singer, Duhamel and other stars raced go-karts for charity in Miami.

“It's not just Valentine's Day,” Fergie revealed. “We recently went to Cabo San Lucas, where we took a cooking class together, then went fishing for marlin and mahi mahi.”

Fergie also shared that she's not the only one who can belt out a tune.

“He has a karaoke machine at his house,” she confessed. “Sometimes we'll sing really corny duets together when a couple of our friends are over. He does 'Total Eclipse of the Heart,' which is amazing. He's better than you would think.”

Duhamel, who is about to wrap the fourth season of NBC's “Las Vegas,” told us he and Fergie have figured out how to avoid the pitfalls of a high-profile relationship.

“We just genuinely love each other, and we stay out of the spotlight as much as we can,” he dished.

But that doesn't mean they don't pay attention to what the media is saying about them.

Just last week, Fergie denied reports that the two were getting married. “We get a kick out of it,” Fergie confessed. “Every other week we hear we're engaged.”

At the go-kart race, Duhamel, last year's defending champion, was excited about taking on Fergie, who was racing for the first time.

“I'm looking forward to beating my girlfriend,” he teased. “She's been talking smack all week. She wants a trophy of her own.”