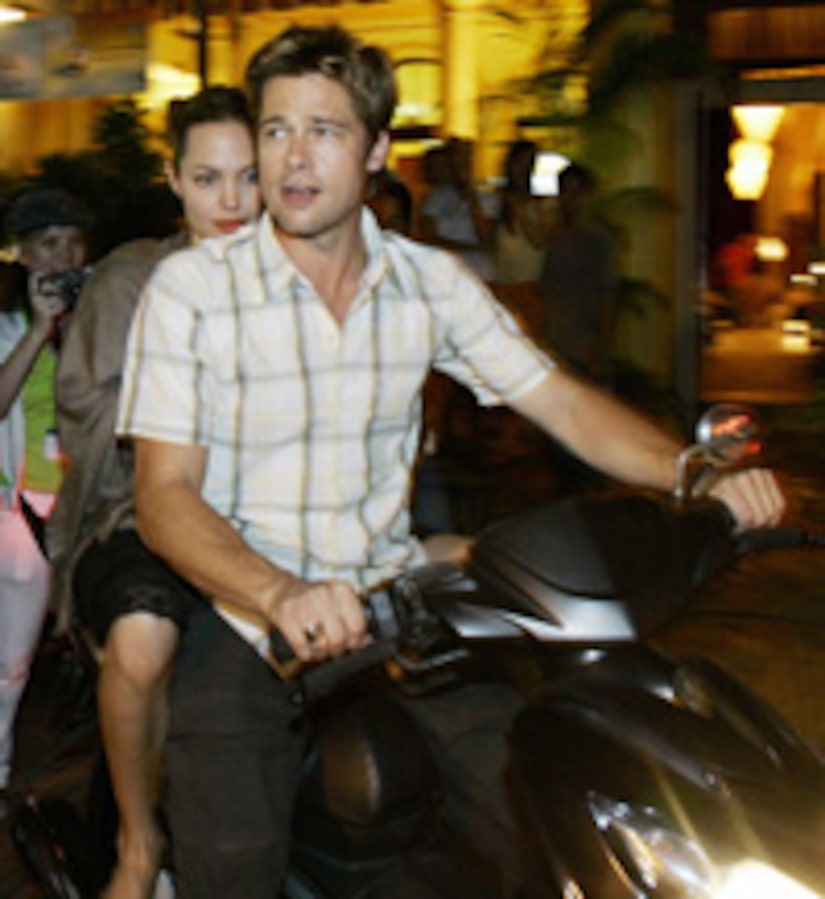 “Extra” spotted Brad Pitt as he was besieged by a blaze of flashbulbs in Santa Monica.

It's the second time this week, since the death of Angelina's mother Marcheline Bertrand, that Brad has confronted the overbearing paparazzi mob as he left his office.

While Brad gently asked the photogs to back off, the overheated photo pack continued to swarm the star.

But like any movie star, Brad finally got his way, as cops were called in to hold back the crowds as Brad made his getaway on his new $100,000 custom built motorcycle.

While Pitt got down to business, a new published report Friday claimed Angelina Jolie may fly to the Bahamas to spread her mother's ashes; it's rumored that the beautiful paradise was Bertrand's favorite refuge.