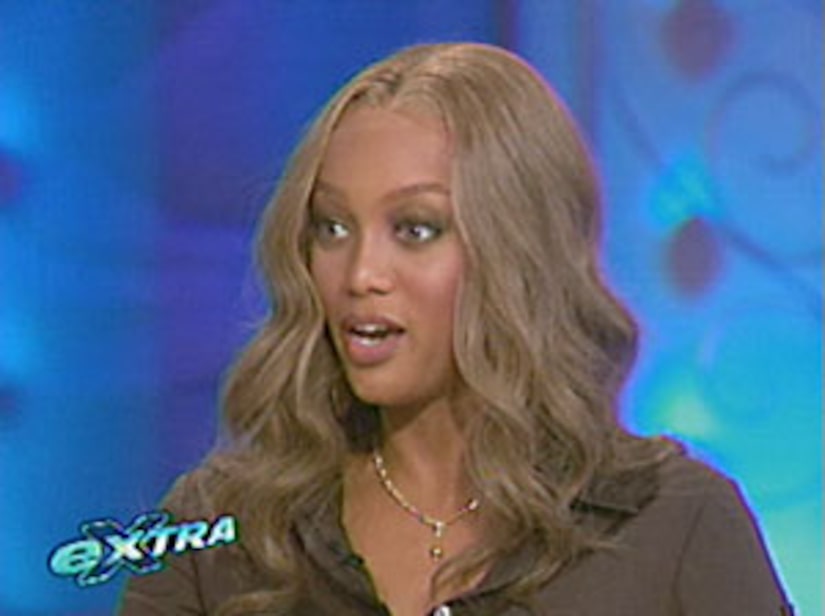 She's a model, producer and talk show host extraordinaire, but in recent days, Tyra's war against the paparazzi has become TV's hottest topic.

In light of the recent controversy, Tyra welcomed “Extra” to the set of her hit show to talk about the now infamous photo that launched a thousand tabloid headlines, all of which targeted Tyra's weight.

“My whole life has been about weight,” Tyra admitted to “Extra's” Tanika Ray. “These pictures were so celebrated, and they were saying such awful things, I was like, 'I've got to say something.'”

As “Extra” sat down with Tyra, she also recalled the intense pressure to get runway thin, crash dieting to fit the perfect mold.

“At times I felt the pressure and tried to diet and all that,” she admitted. “But it just wasn't for me.”

Now officially retired from the runway, Tyra is finally content with her current weight of 161 pounds.

When Tyra is eating to lose weight, she opts for a light breakfast, protein or salad for lunch and fish for dinner.

But when she's treating her taste buds, she enjoys an IHOP breakfast, a burger or pizza for lunch and steak and some sort of sweet come dinnertime.

Now the woman who once rocked some of the most risqué outfits on the catwalk is preparing to wear her riskiest ever this Thursday, as she'll model the exact same swimsuit the paparazzi snapped her wearing in Australia.

“It is so sad I have to go to this extreme, but I'm doing it to prove a point,” Tyra said. “It's just me walking out here with these lights and the audience sees my booty, and that was very vulnerable for me to come out and compare myself to the photo.”

Tyra also confessed to spending several sleepless nights worrying about this big show reveal, confessing, “I care about the response, I have to. I don't obsess about it, but I care about it.”

The reason she cares? Because of the affect negative criticism might have on some of her vulnerable young fans who see Tyra as their role model.

“Young girls talking about how much they hate themselves, and how much when they look at me, they feel more beautiful because I'm curvy, and it's okay,” Tyra insisted.

See Tyra proudly baring all of her curves on Thursday's “The Tyra Banks Show.”