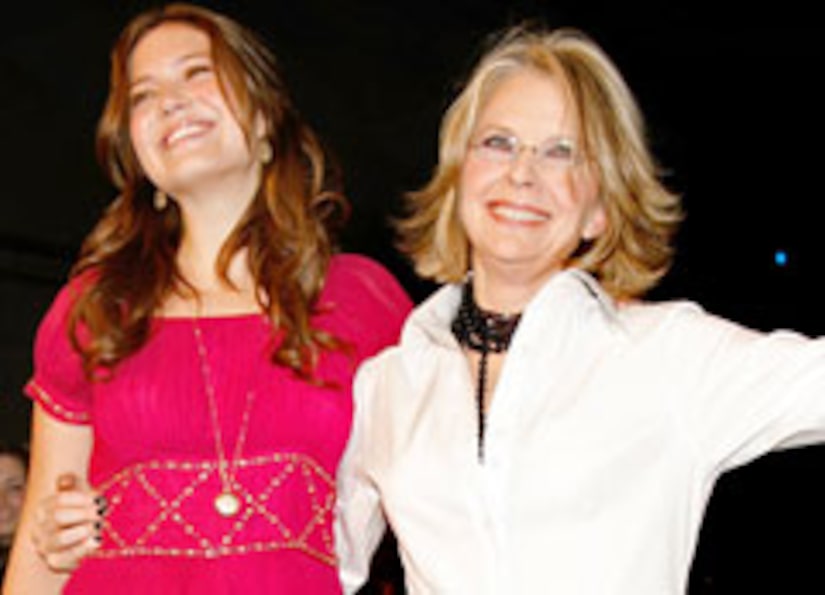 Mandy Moore talked romance while Diane Keaton pulled a fashion surprise at the world premiere of their new romantic comedy, “Because I Said So,” in Hollywood Tuesday night.

Diane Keaton dressed down in skinny jeans at the big premiere, while co-star Lauren Graham was the epitome of class in Prada.

The film centers on Mandy's character, whose mother is on a mission to find her a Mr. Right.

While Diane claimed the film felt like a heartfelt tribute to women, Mandy opened up about her real-life love life.

What did the young beauty have to say about her ex, Zach Braff? And is she dating DJ AM? Plus, what did Mandy turn to during her darkest moments?

“Extra” takes you to the red carpet to find out!