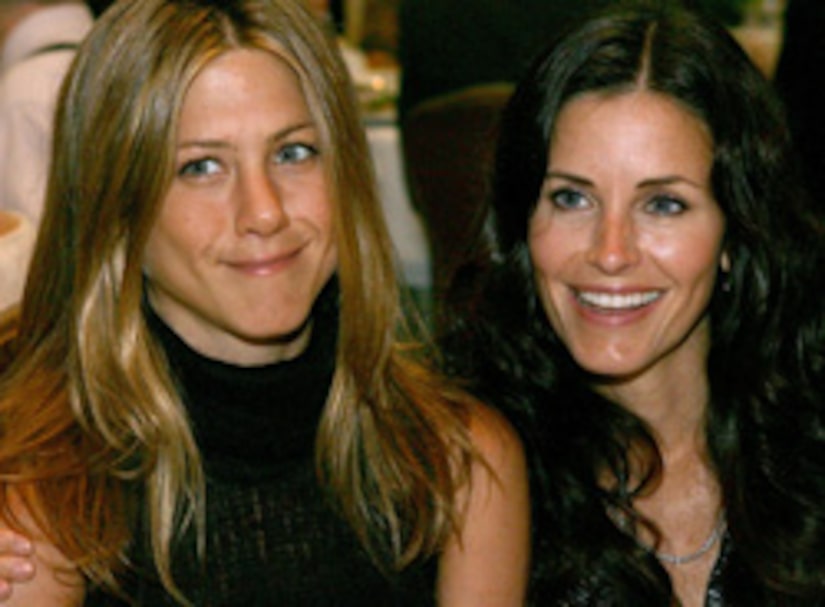 Jennifer Aniston is putting aside her disdain for tabloids as she jumps into a role that visits the dog-eat-dog world of paparazzi stalking, alongside her best friend Courteney Cox, in Courteney's new F/X hit “Dirt.”

In an exclusive interview with People magazine, Jen gushed about her guest role as a magazine editor who happens to be gay.

“We had a ball,'' Jen admitted of sharing the small screen with her former “Friend” once again. “It was completely fun. I forgot just how much fun we have together in the work world.”

Aniston's highly anticipated appearance on the show may have been sparked by rumors that her character is involved in what has been touted as a passionate lip-lock with Cox.

But Jen downplayed the incident: “It's a goodbye kiss. I don't honestly think people want to see Rachel and Monica have at it.”

Another thing Jen wants to set the record straight on? Recent reports that she went under the knife: “It's funny. I had a deviated septum fixed – the best thing I ever did. I slept like a baby. As for the rest of me? As boring as it sounds, it's still mine, all of it.”

Click on an image to view the Jennifer Aniston photo gallery!