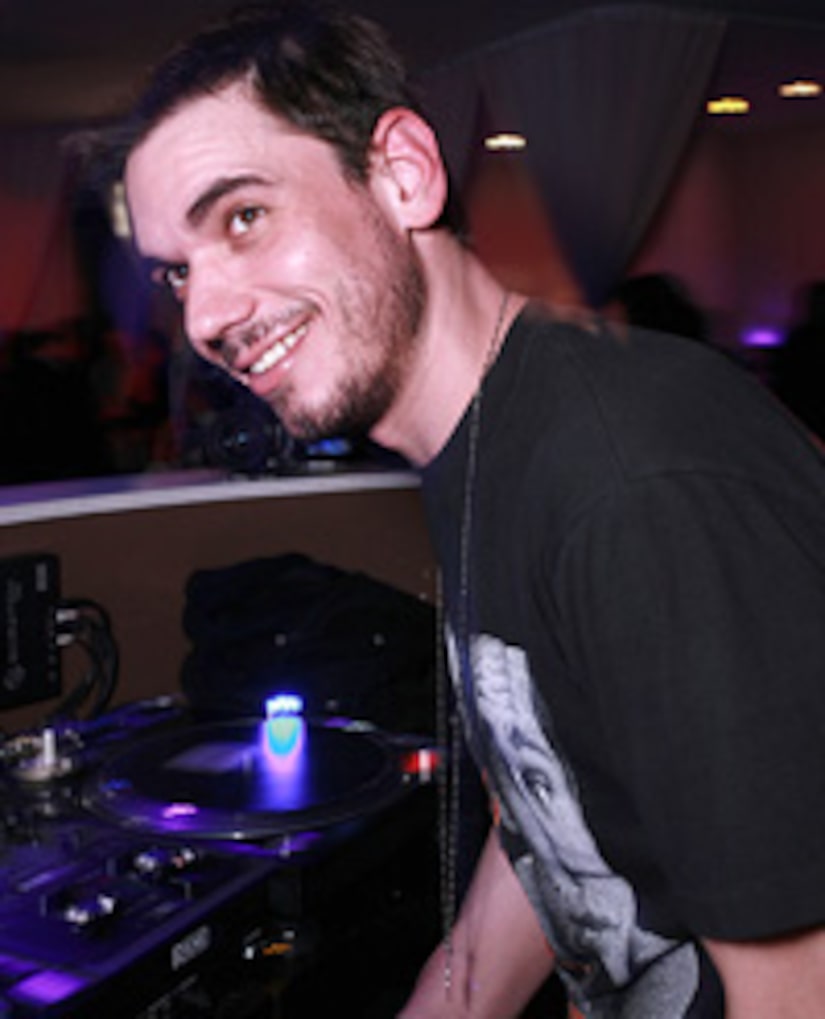 There are several types of "power" within the Las Vegas nightclub scene.

When it comes to the common folk like us, the bartenders have the power to ignore six dudes yelling for drinks for 30 minutes in order to serve two stunning young ladies who he thinks he might have shot with later, while that mountain-of-a-bouncer can keep those same six dudes from ever getting into the club in the first place. (Note to the six dudes: you'll always get better results if you roll into the club and up to the bar WITH those two stunning young ladies.) 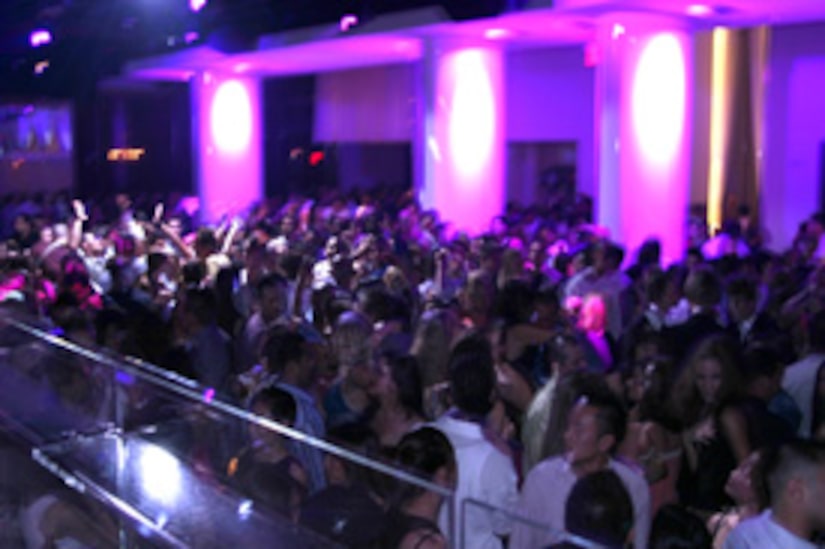 But the most powerful man within the Las Vegas nightclub scene, the only man who binds all of these different types of people together is... The DJ. Think about. It doesn't matter if you are rich or poor, hot or not, famous or Pauly Shore... On the dance floor, we are all one under music, united by the beat, with grooving and grinding for all.

That said, it's no wonder that Las Vegas DJs are become celebrities unto themselves. Guys like DJ Frankie, DJ Scribble, DJ O.B. One, DJ Dre Day, DJ Icon, DJ Slim, DJ Davey Diaz and DJ Roey Mac are all super talented and very well-known throughout Sin City. But there can be only one "King," and his name is DJ AM.

All of my buddies in my home state of Indiana know DJ AM from the pages People magazine as the guy who used to be engaged to Nicole Richie and who is currently hanging out with Mandy Moore in hot places like Miami Beach and cool locales like the Sundance Film Festival.

But if you live in Vegas, you know DJ AM as the talent who creates music with music every weekend at Pure Nightclub in Caesar's Palace. And if you think all DJ's sound the same... you've never heard this world-renowned DJ on a roll.

"I don't know about 'world-renowned DJ,'" DJ AM shyly dismissed when I sat down with him. "I work hard. I focus on majority as opposed to my own selfish wants because if it were up to me, I'd play hip-hop from '93 all night."

Like any great performer, DJ AM (real name: Adam Goldstein) feeds off his audience. 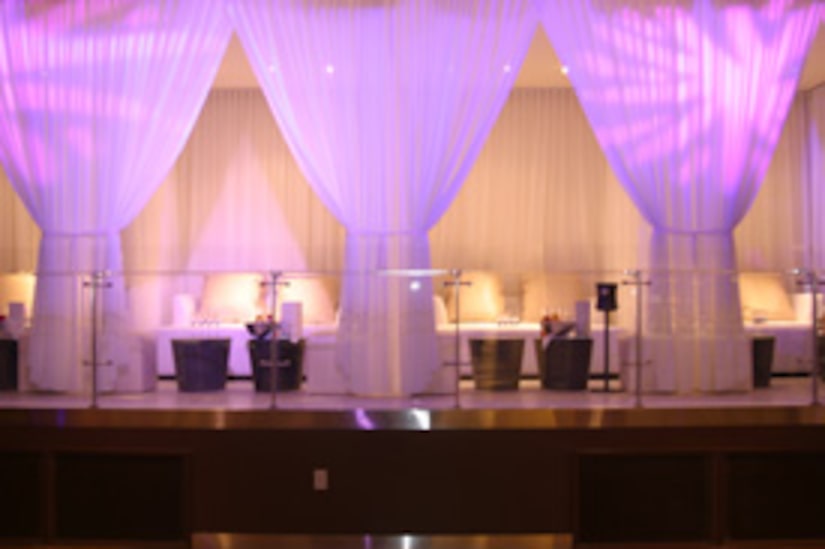 "I try to find a vibe of what everyone in the room is feelin', and I go with that. With experience, I get better. The more and more I DJ, the more and more it's easier for me to read a room. Just from people's clothes and attitudes and the way they're acting, I can tell you what they're going to want to hear."

Count the likes of Leonardo DiCaprio, Tom Cruise, Brad Pitt, Penélope Cruz, Jim Carrey and Demi Moore as huge AM fans, and while that's flattering, this DJ is more excited when the artists he spins bow at his turntables.

"Especially if it's someone in music like Madonna, it's beyond an honor. If it's someone who's opinion of music is that valid to me, it's the most flattering thing in the world," he admitted. 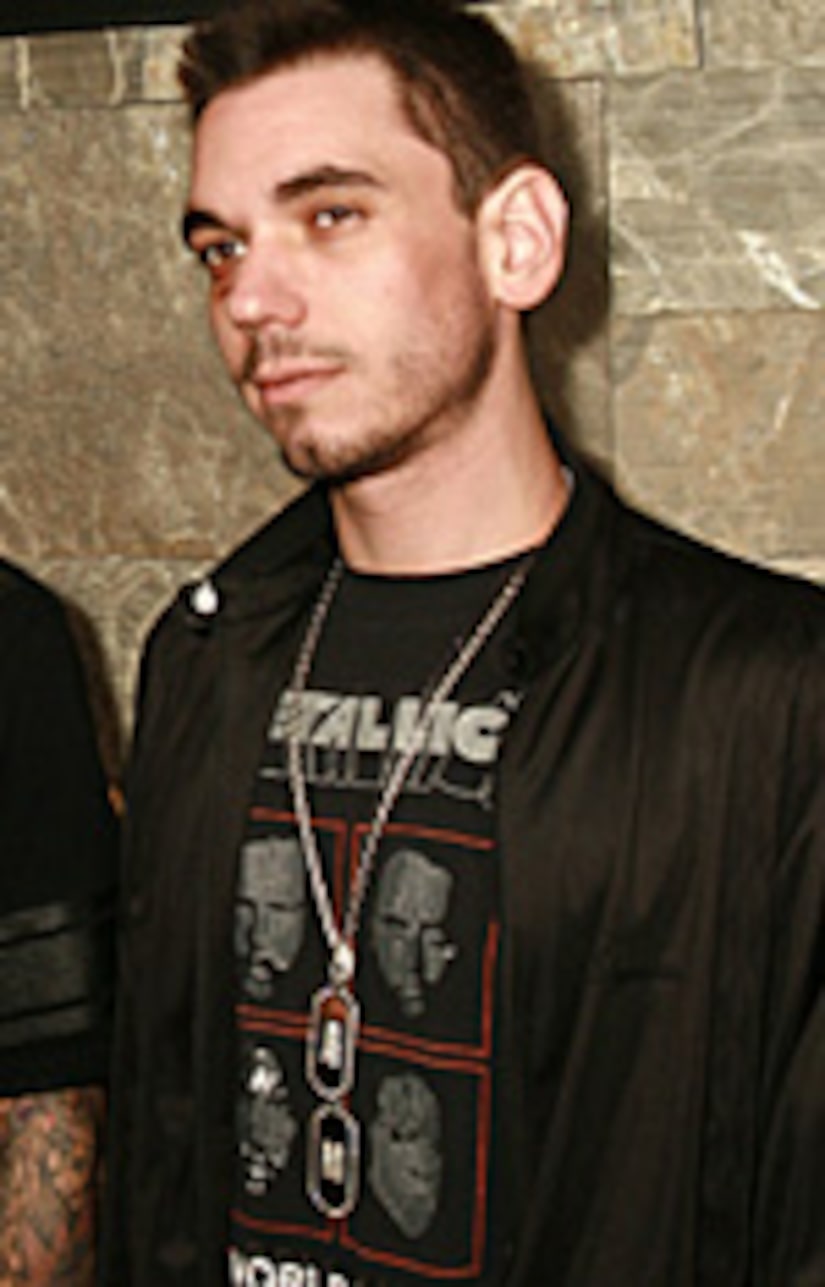 And while we're on the subject of the Material Girl, you will hear Madge's music mixed-in nightly in some form or another at every club in Vegas. So when Madonna asks you to work her birthday party... you clear your schedule.

(At this point, if your thinking about pulling a "Madonna" and calling DJ AM to work your birthday party, he reportedly charges anywhere from $20,000 to $25,000 for a 3-hour set. Yeah... those numbers are right. Now, back to the phone conversation with Mrs. Guy Ritchie.)

"She was totally cool. We talked for a half an hour about music and what she wanted to hear and the vibe and how many people were coming (to her party), and she was like, 'Cool. I'll see you at my house.' Very normal, you know."

DJ AM's life has been far from normal. Usually, artists involved in music start out skinny and healthy, and then with fame, comes gluttony and substance abuse. With DJ AM, it all happened in reverse order. As he climbed to the top of the nightclub ladder, he started saying "no" to the drugs that had ruled his life for so many years, and (with the help of a little gastric bypass surgery) he dropped more than 150 pounds. 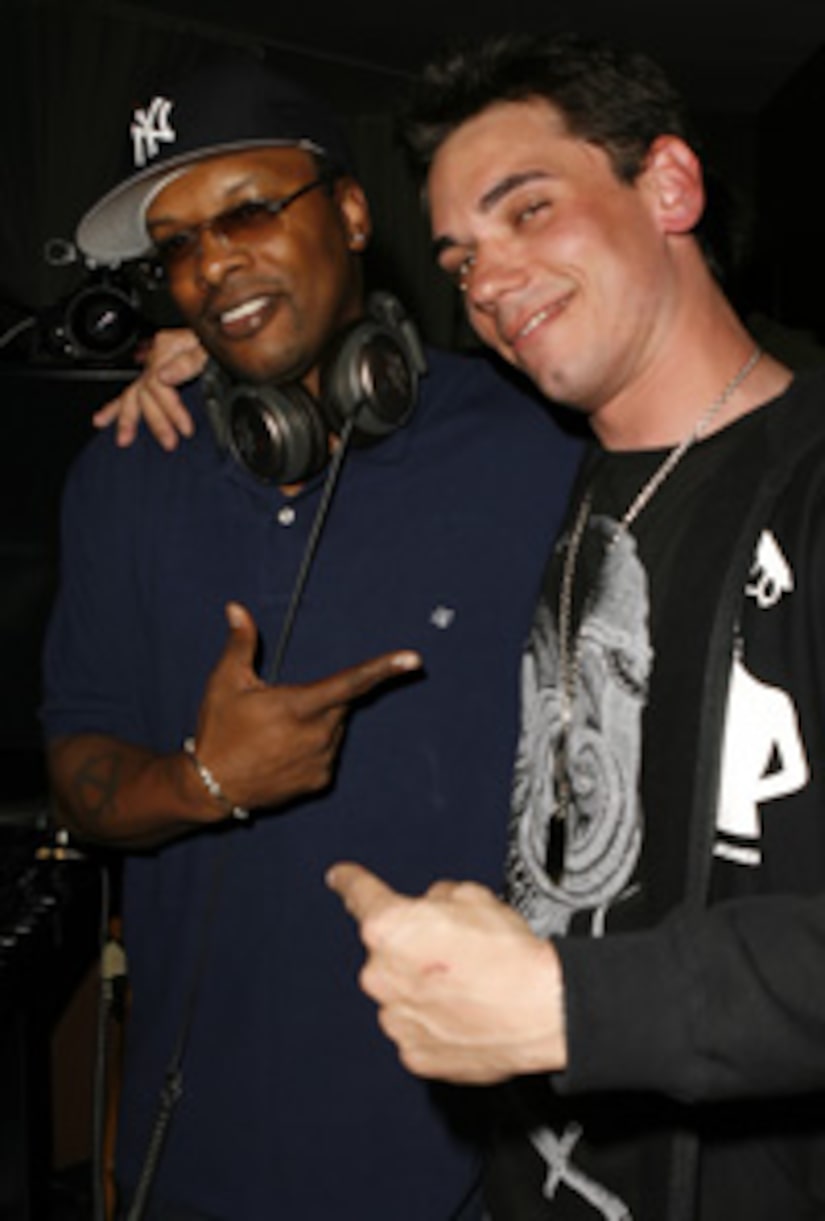 "It's the second smartest thing I ever did in my life other than getting sober. I feel great. I was a big mess before with drugs and drinking. Now, I'm a happy, healthy, blessed, lucky DJ."

So spinning at Pure Nightclub in Vegas every weekend is no longer filled with temptation, just a lot of interesting people watching from the DJ booth.

"Vegas is bananas, man. People come here and cut loose and forget about everything and have that mental state of what happens here, stays
here. That's why I love playin' here you know. It's just like a wild, crazy, big party."

That's the "power" of Sin City.