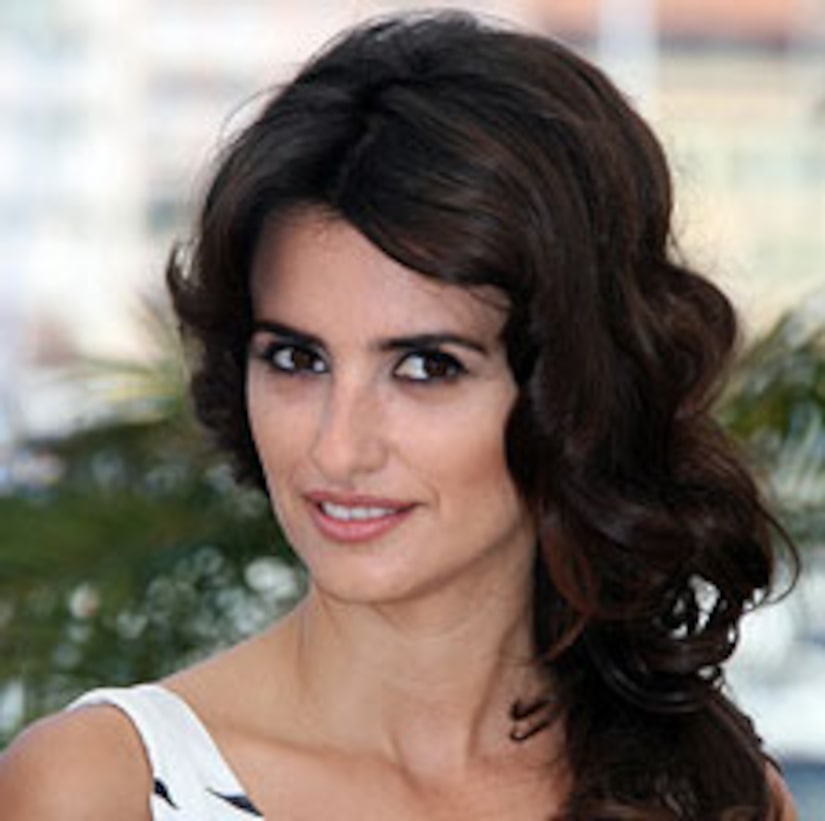 Hollywood was on gold alert Tuesday morning, as the Academy of Motion Picture Arts and Sciences announced the outstanding nominees for the 79th annual Oscar race.

“Extra” was with Best Actor nominee Leonardo DiCaprio at the London premiere of “Blood Diamond,” where the star confided how he received the golden news.

“I was in the middle of a press junket, and I got the news,” he revealed. “I heard that Djimon got nominated as well, and he was in the next room, and we kind of gave each other a huge hug; it was a nice feeling.”

Across the pond, an overjoyed Penélope Cruz celebrated her Best Actress nod for “Volver” with “Extra's” Jerry Penacoli.

“It still sounds like a joke,” she admitted. “I still can't believe it; the first time it happens to a Spanish actress!”

The beautiful Penélope was brought to tears as good friend Salma Hayek sent her this message, only on “Extra:” “Te lo dije.. I wanted to say your name. I fought for it, but they wouldn't let me,” Salma told her best friend.

“When things like this happen, I mean, they really have a meaning because you have people around you who really get excited when things go well for you,” Penélope told “Extra.” “And I have a lot of those people around me; that's real happiness.”

Only we were there as the tears turned to laughter when Penélope called Salma.

“Take a nap,” Cruz told Salma, who awoke before dawn for the 5:30 a.m. announcements, before adding, “You're coming out tonight with me to dinner to celebrate!”

Jamie Foxx also shared some Oscar love for his co-stars before he announced a deal to host and executive produce his own urban comedy, entertainment and lifestyle Sirius Radio channel Tuesday morning.

The ever-talented Foxx shared the Oscar surprise that “Dreamgirls'” eight nominations did not include one for Best Picture.

“You have got to be happy for what you do have, and let's root for that,” he said.

“The Last King of Scotland” star and Best Actor nominee Forest Whitaker celebrated his nod with a scone and a song with our A.J. Tuesday morning.

“I want to go crazy like the dogs in the yard; the lyrics are like, 'You know how dogs get in the wet grass?' That's how I feel right now.. Snoopy dance! You know?” Forest said.

“Extra” was also with “The Queen's” Helen Mirren on the London set of her new movie, where she confessed this year's nod is “Extra” special.

“The other times I've been nominated they've always suggested they were scraping the bottom of the barrel,” she said.

But this year, Helen will have many famous faces to compete against for Best Actress, including Meryl Streep, who just fashioned a record 14 Oscar nominations with her latest for “The Devil Wears Prada.”

On Tuesday, Meryl told “Extra,” “I am thrilled in a way that no one can possibly imagine.”

Adorable 10-year-old Abigail Breslin and Alan Arkin both received supporting nods for “Little Miss Sunshine,” which is also a contender for Best Picture.

The winners for the 79th Annual Academy Awards will be announced Feb. 25, and you can be sure “Extra” will bring you the Oscar dish all the way up to the big event!