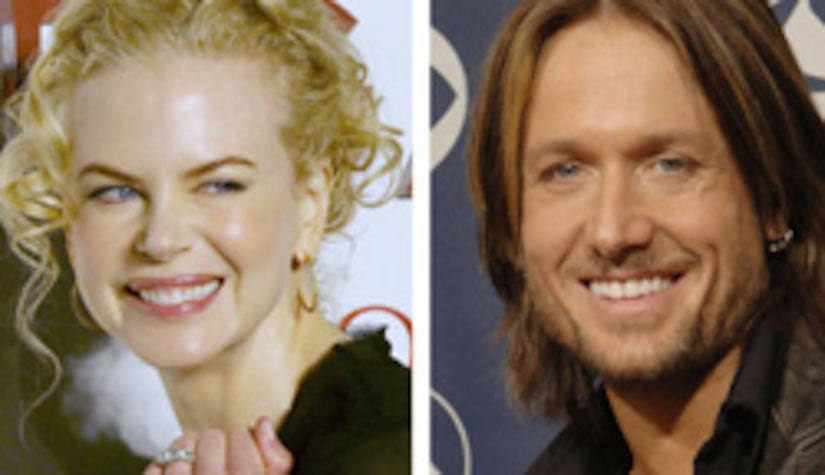 It's Keith Urban's first words since coming out of rehab, and they are filled with love for his wife, Nicole Kidman.

In a message posted on his website, www.keithurban.net, the country superstar shared with the world, “My wife stayed extraordinarily strong and loving; it's been really overwhelming.”

Keith also thanked his loyal fans for their support during his 3-month stay at the Betty Ford Clinic in Palm Springs, Calif.

The country star explained his decision to enter rehab, revealing, “There was no big cataclysmic event that happened right before I went in… it was a lot of small things that were happening in my life… that were telling me very loud and clear that I was a long way from my program of recovery and that were making my life unmanageable.”

However, Keith confessed it was the support of his wife, family, friends and fans that kept him strong during his stay.

“It helped so much, especially through a lot the lonely days, which there were plenty,” Keith revealed.

In an interview with German TV, where Keith is currently performing, he confessed that his hit song about once in a lifetime love is about Nicole.

“A song like 'Once in a Lifetime' is fully inspired by my marriage, so it's been a good life change happening in my life,” Keith said.

"It's hard to quantify what I learned,” Urban said of his time in rehab. But "it's been one of the most impactful times of my whole life.

“I'm looking forward to coming to your town to see all you guys and thank you personally for the support that I've gotten… it's meant so much to me. And I wanted you guys to hear that from me personally,” Keith said, promising, “I look forward to seeing you guys very soon. And from the bottom of my heart, thank you, and God bless everyone.”