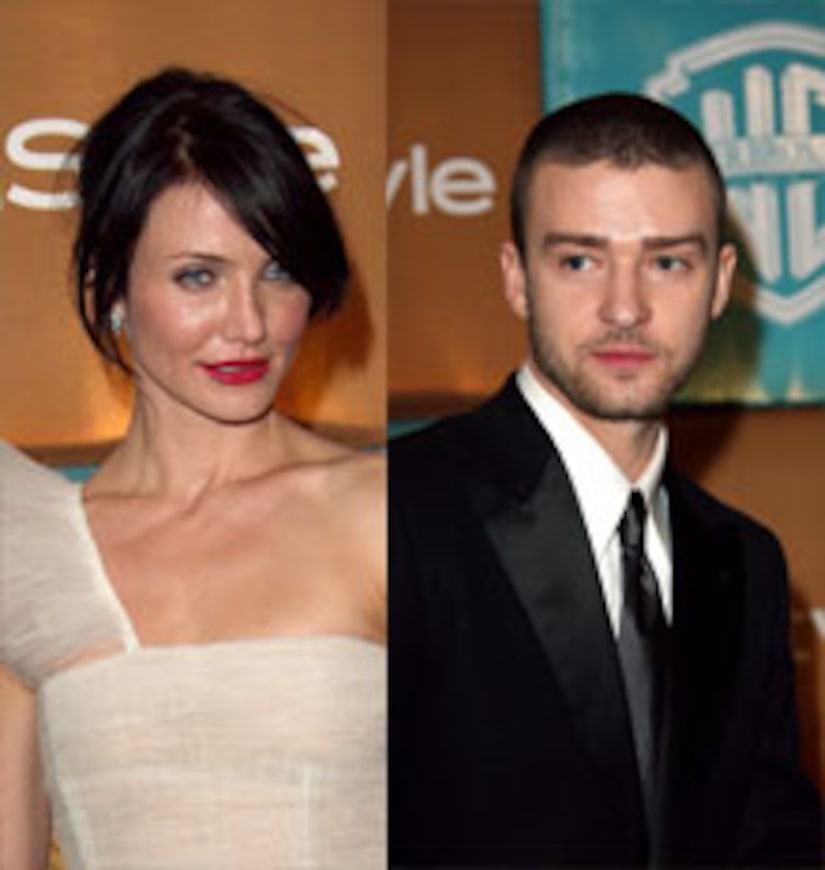 Not all of the action during Monday night's Golden Globes took place on stage, and "Extra" has all the scuttlebutt and post-party gossip you missed!

"This is what everyone is talking about," he said. "They went into a side room and had an angry, heated argument, and Justin was pounding his fist on a cabinet."

At the Beverly Hilton, Brad Pitt apparently ran into old "Friends," Courteney Cox and David Arquette, with Angelina Jolie standing proudly by his side.

"They chatted, they were amicable, and Brad even introduced Courteney to Angelina, and said here's one of my friends," Fleeman dished.

Tom Cruise and Katie Holmes also made it a night on the town, reportedly chatting with Ashton Kutcher and Demi Moore at the Wilshire.

"Leo had his arm around her," Fleeman told "Extra." "Looked like they were about ready to kiss, but didn't seal the deal."

Once she left Leo's side, we spotted Sienna at the InStyle Warner Bros. bash where she was hanging with two guys who know how to party in style: Jamie Foxx and Diddy, who made sure to grab her phone number.