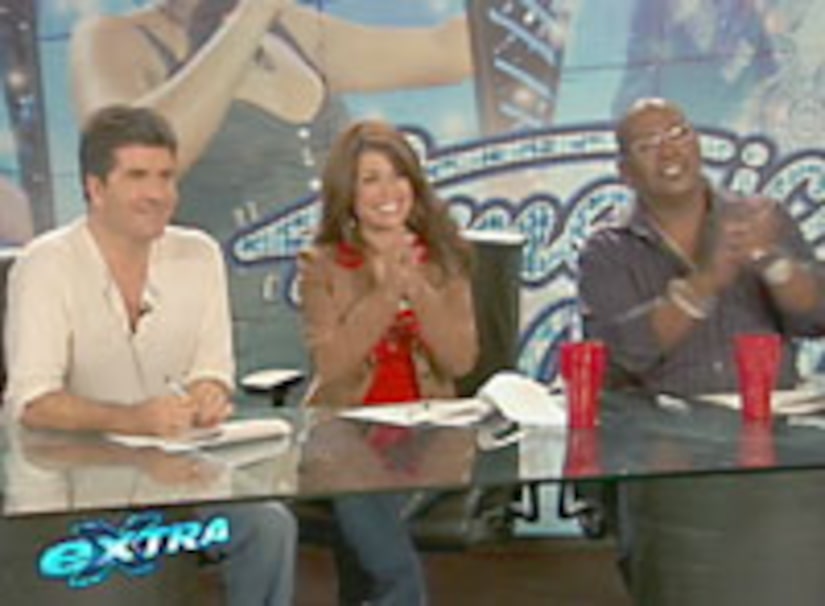 Thirty seven million viewers tuned in to FOX Tuesday night for “American Idol,” making the first episode the most watched debut in the show's six seasons on the air.

The “Idol” judges put 17 talented singers through to the Hollywood round, as for the rest, they had to face up to Simon.

But this year, the singers snapped back!

Yes, it was a painful night for the judges, even Paula, who has found herself in the middle of yet another controversy, as “The View's” Rosie O'Donnell ripped into Abdul on Wednesday morning's show.

But Rosie isn't the only comedian poking fun at Paula.

While everyone wonders what really happened during Abdul's recent bizarre TV appearance, Paula told Ellen DeGeneres it was all just an audio mix-up.

“Two cities were in my ear; it looked like I was in my own little world,” she explained.

On Wednesday, Randy “The Dawg” Jackson backed up Paula when he made a guest appearance on “Today.”

“It looks like one of those long days of doing nothing but interviews,” Randy said.

In other “Idol” news, “Extra” has learned a real-life “Dreamgirl” will light up the “Idol” set.

The legendary Diana Ross broke the big news on Letterman, revealing she'll follow in the footsteps of Rod Stewart, Stevie Wonder and Barry Manilow onto the “American Idol” stage.

Barry Manilow, who still smiles over his “Idol” memories, told “Extra” he'd jump back onto set in a heartbeat.

“If they ask me again, I'll do it,” he promised as he kicked off his concert series at Madison Square Garden.

Barry also told “Extra” that he has only words of praise for his season three friend and Golden Globe winner, Jennifer Hudson.

“I'm really proud of her,” Manilow confessed. “She's really worth all of the excitement.”

So will one of these hopefuls become the next Jennifer Hudson, Kelly Clarkson or Taylor Hicks?

You'll have to tune into “American Idol” every week to find out!