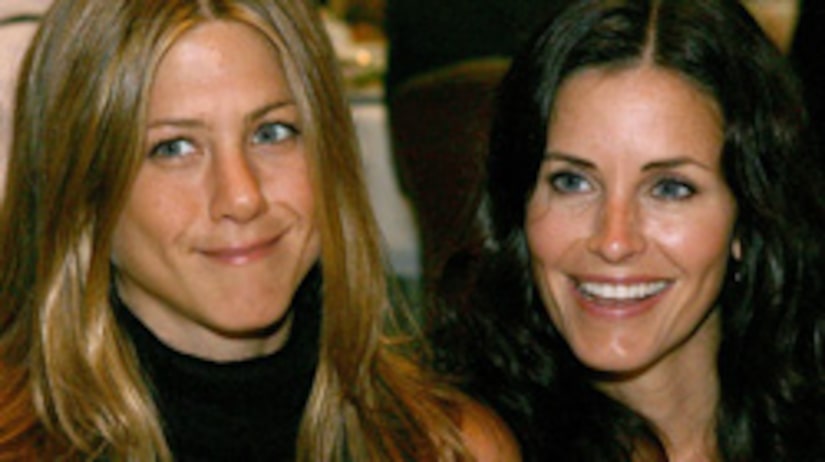 She dished the “Dirt” to “Extra” first, and now it's official: Jennifer Aniston will guest star alongside best friend Courteney Cox in the new F/X series “Dirt.”

But don't except the real-life BFF's to be friendly on screen: Aniston will play Cox's mortal enemy.

Look for Aniston's guest appearance on the show's season finale, in which she'll play a rival magazine boss; the appearance will mark the first time the pair has acted together since the end of “Friends.”