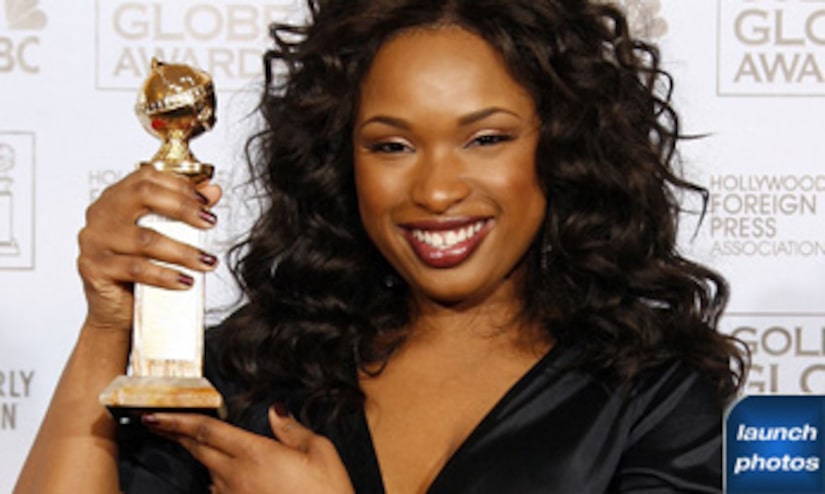 “This goes far beyond everything I could have ever imagined,” Hudson said while accepting her award. “You know how much this does for my confidence.”

While at the podium accepting her Best Actress in a Comedy or Musical award for “The Devil Wears Prada,” Meryl Streep admitted, “I think I've worked with everyone in the room…. It's been such a fun year to watch movies because of you gals.”

The Globes also marked a magical night for America Ferrera and the cast of “Ugly Betty.” The ABC freshman hit shocked everyone, beating out “Desperate Housewives,” “Entourage,” “Weeds” and “The Office” for the award.

“Ugly Betty” herself beat out a handful of TV veterans, including Felicity Huffman and Julia Louis-Dreyfus. "I'm so sorry. I'm such a mess right now," America said while tearfully accepting her trophy.

Kyra Sedgwick snagged the award for her role in “The Closer,” while Hugh Laurie, walked away with a Best Actor in a TV Drama award for “House.”

"I am speechless,” Laurie said. “I am literally without a speech.”

"Thank you to everybody in America who has not sued me so far,” Cohen joked.

For all the details on the Golden Globes, tune in to “Extra” on Tuesday!