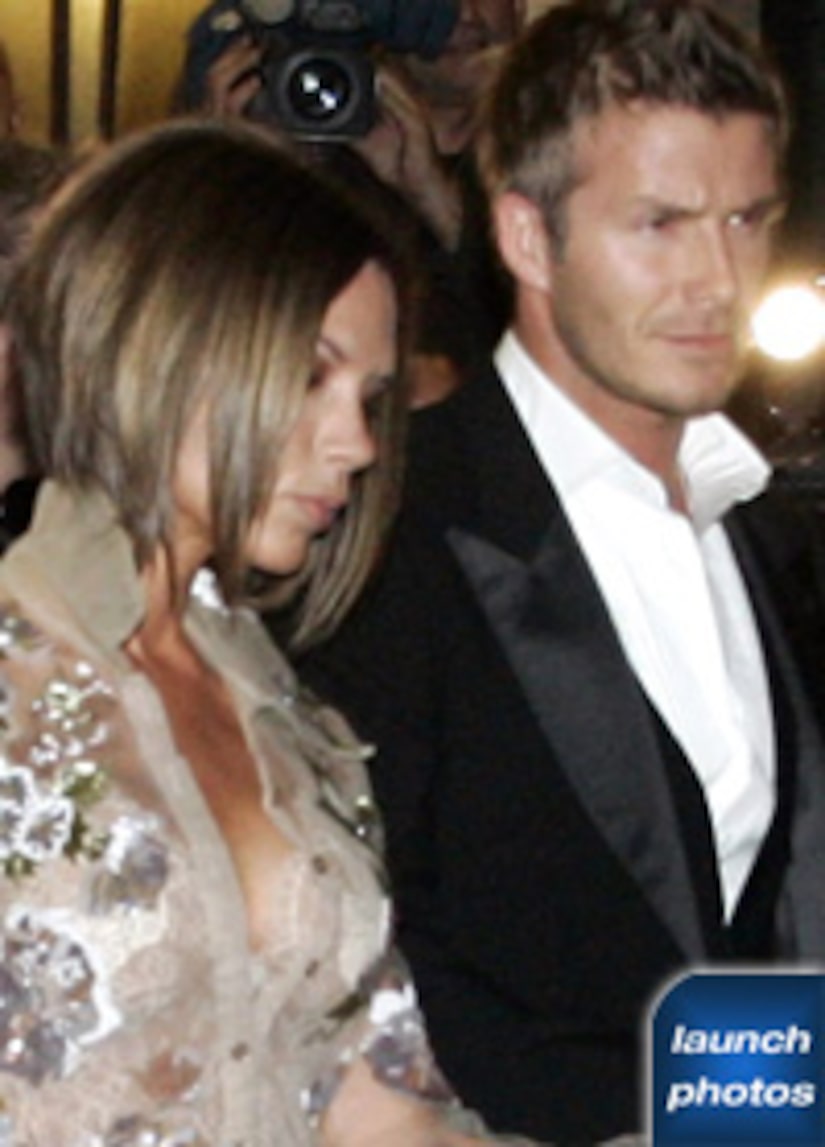 The Beckham invasion began over the weekend as the ultra-posh Victoria Beckham touched down at LAX.

Victoria pushed her way through a wall of shutterbugs who had set up shop at the international airport, as she arrived in Los Angeles to go house hunting, just two days after David announced his $250 million L.A. soccer deal.

On Monday, Beverly Hills realtor Steven Resnick told us that something in the $28 million range in Beverly Hills may be the perfect posh property for the Beckhams.

There is also talk that Victoria checked out a $15 million spread not far from close pals Tom and Katie.

Speaking of TomKat, “Extra” caught up with the newlyweds out on the town over the weekend, holding hands and catching dinners at Hollywood's favorite new hotspot, Cut.