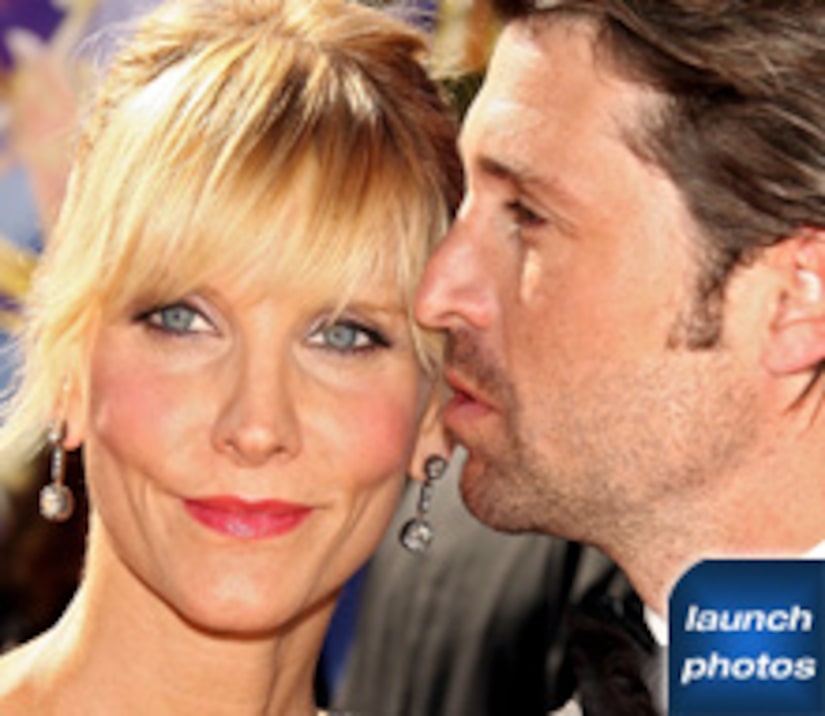 “Grey's Anatomy” resident doc Patrick Dempsey has a lot to celebrate in 2007.

First and foremost, McDreamy and wife Jillian are expecting twins, and the heartthrob and his very pregnant wife just posed for Life magazine.

Jillian is expecting the twins to arrive any day now, which could complicate things at Monday night's Golden Globe Awards.

But not to worry, Jillian! Patrick told “Extra” at Tuesday's People's Choice Awards that there's no question where he'd be.

In the magazine, Patrick also confessed to periodic couple's counseling, which Dempsey said helps make his marriage stronger than ever.

McDreamy also made one more startling confession: a move to Maine?

Yes, it's true; the super sexy primetime star revealed he's considering saying goodbye to Hollywood for his native state after “Grey's Anatomy” comes to an end.