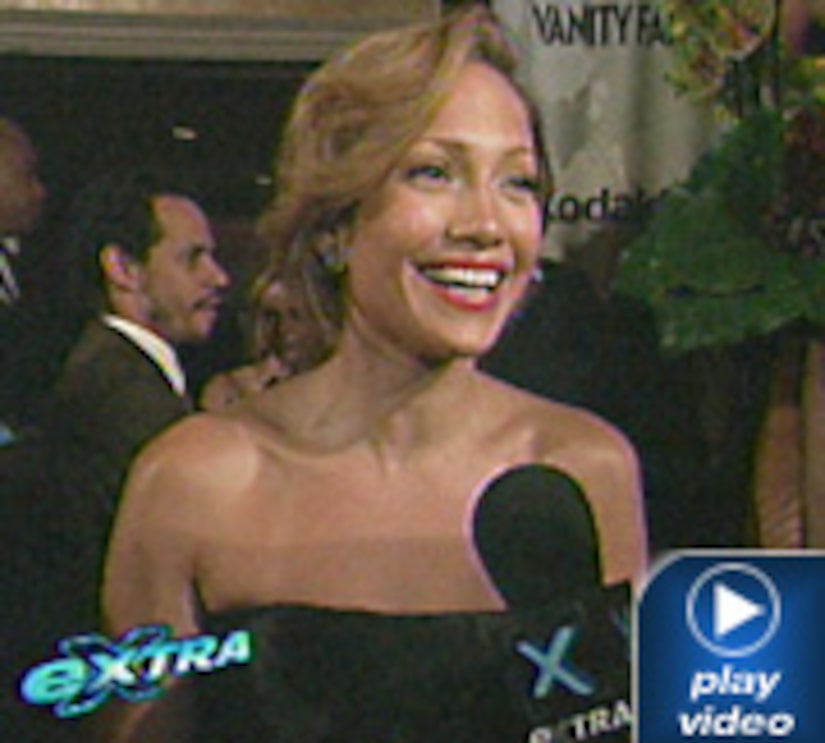 The talented Jennifer Lopez sat down for this “Extra” one-on-one to give us the down low on her hot new MTV reality series.

“I really wanted to do a show about dancers because I started as a dancer,” she explained.

The former fly girl from TV's “In Living Color” is bringing dancing back to TV as the executive producer of “Dancelife.”

“It's about six dancers, three guys and three girls, all at different stages in their career,” Jennifer dished.

So in a house filled with both dance and music, what do J Lo and her hubby Marc Anthony dance to?

However, Jennifer assured us that her man has some moves of his own.

Jennifer and Marc just celebrated their second anniversary together, and Jen indulged our Tanika Ray when she showed off her anniversary present: an enormous yellow diamond.

So what happened to J Lo's blue diamond ring her hubby gave her for their first anniversary?

“Extra” also unlocked the truth behind the rumors that J Lo is studying Scientology after being spotted at TomKat's Italian wedding and then seen again with the superstar couple recently in Los Angeles.

“No, we're not,” Jen said of the rumors. “We're not doing anything like that.”

But what La Lopez is doing is getting ready for the Golden Globes, although believe it or not, she told us she's hasn't even picked out her dress.

“I always look at fashion on the red carpet as not pressure, but as, 'Oh cool, I get to wear a cool dress,'” she said. “I always sit down and get hair and makeup first and then whatever goes good with that is what I usually wind up wearing.”