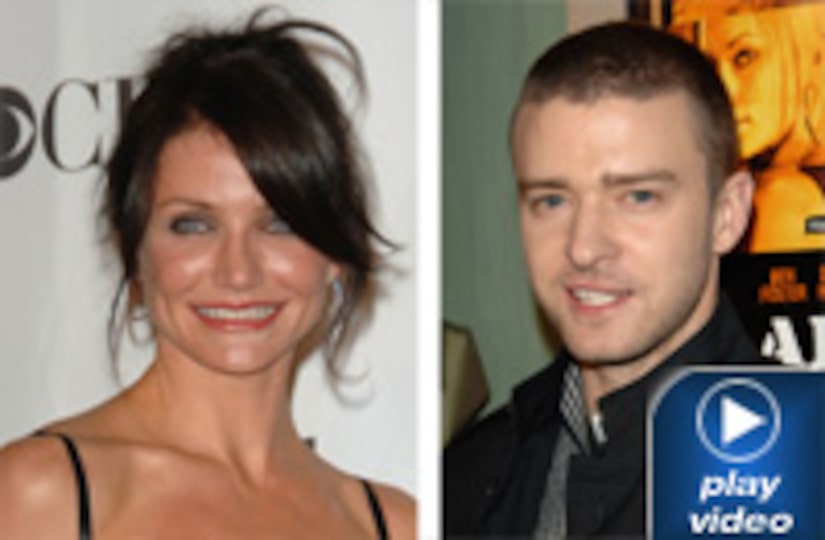 Who's sitting where at this year's Golden Globes?

“If it's true or not, we took precaution,” Solomon dished.

“Extra” has also learned that exes Ben Affleck and Jennifer Lopez will be given a little space, while Donald Trump will find himself next to a woman he's not feuding with: actress Julia Louis-Dreyfus.

The Emmy winner told “Extra” that she is just now putting the finishing touches on her Golden Globe get up.

“It's an embarrassment of riches,” Louis-Dreyfus said. “It's still being fitted, and I've got to get the shoes, and I haven't settled in on the jewelry, but we're getting there.”

As the Golden gals make their final wardrobe touch-ups, the swag suites are in full swing.

Lindsay Lohan perused the Golden goods at the Silver Spoon Hollywood Buffet, where “Heroes” star Hayden Panettiere revealed what every actress must have at the Golden Globes: “Double-sided sticky tape!”

Once everything is in place, it's time for the stars to get all made up.

While “Extra” doesn't like to name names, we do know one “Housewife” who just may be getting her red carpet look from Lorac's Carol Shaw.

“I know Teri Hatcher will have great makeup on the red carpet,” Shaw said.

Shaw also gave us the single most important secret to looking red carpet ready when we caught up with her at downtown Hollywood's Sephora.

Once the stars make it down the red carpet, they'll still have one more obstacle to overcome: getting through the doors.

“This computer chip is inside every single parking pass, credential and ticket,” Jerry and Steve Mark of Event Credentials showed us. “And this is what can make or break your night at the Golden Globes.”

“There's a surprise at the end of the show,” he promised. “It's a person, but it's someone I think everybody will be interested in seeing.”

Don't miss a single golden moment when the Golden Globes air this Monday on NBC.