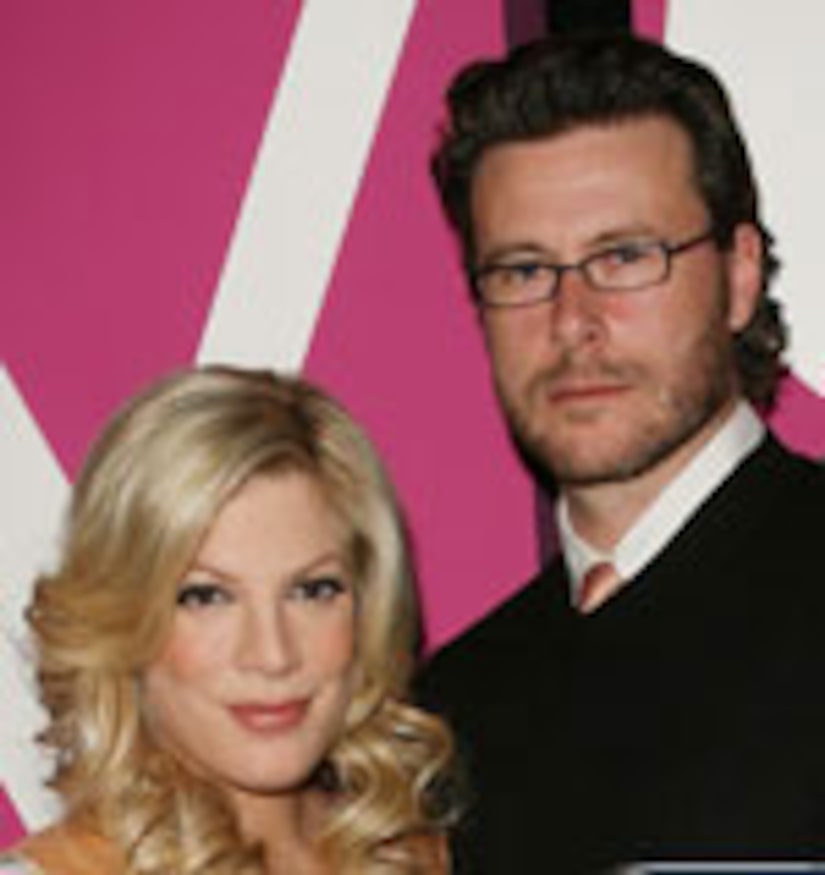 With less than two months to go until her little one arrives, a beaming Tori Spelling and husband Dean McDermott sat down with “Extra's” Jerry Penacoli for a rare and candid conversation.

From the newlywed's new reality show to motherhood and wanting an end to her family feud, Tori opened up like she rarely has before.

“We wish things were different,” Tori admitted, as she broke news only to “Extra” about making peace with her mother, Candy.

“I'm an optimistic person, so I hope things change,” she said. “It'd be nice.”

Tori and Dean are expecting two new babies this March: a baby boy and their new reality show on the Oxygen network “Tori & Dean: Inn Love.”

Their show will follow them opening a bed and breakfast in the California wine country, and the couple revealed why the offer was so enticing.

“Now that we have a little one on the way, we wanted to create some stability,” McDermott revealed.

“We thought, why not kind of come up with the idea of reinventing the B&B of our generation and modernizing it,” Tori added. “I'm about happy hours and hors d'oeuvres.”

On Thursday night, all eyes will be on Tori as she makes a guest appearance on The CW's “Smallville,” where she'll play a ruthless gossip columnist, and only “Extra” was behind the scenes with Tori when she shot the episode.

“I'm so excited,” she said. “My friend's doing a little screening party.”

From Tori's career to her personal life, this superstar is all about new beginnings.

“Life is a rollercoaster. I wouldn't want it any other way,” Tori said. “It makes you appreciate everything and really enjoy the good times.”