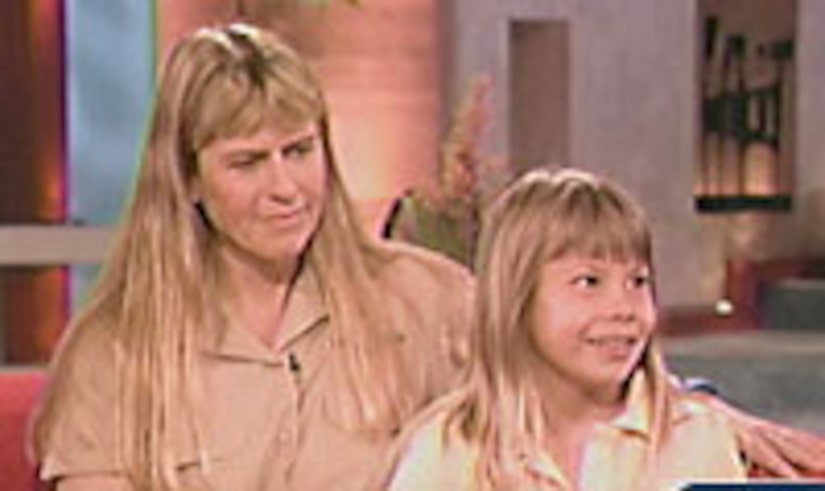 Terri Irwin shared a tender moment with Jay Leno Wednesday night, as the Crocodile Hunter's brave widow opened up about her grief.

“Bindi came up to me at one point and said, 'Why are you worried? Daddy's still here, it's great!'” an emotional Terri said.

But Terri's tears soon turned to laughter as she made her first “Tonight Show” appearance since Steve's sudden and shocking death just four months ago.

“I called him the world's biggest 9 year old,” Leno told Terri. “He was so excited and happy about everything.”

Terri responded by telling the late night host, “That's why he loved you; because you did such a bad Steve (impersonation).”

Little Bindi gave Ellen a lesson on lizards, and at the same time, she shared a life lesson with everyone else.

When Ellen asked if she missed her father, Bindi revealed she's striving to make him proud.

“She seems like she's so influenced by him,” Ellen told “Extra” after the show. “And Terri seems fantastic. That's a huge legacy to press on with.”

As for her admitted love with animals, Bindi said she'll make it her mission to carry on her dad's work the only way she knows how.