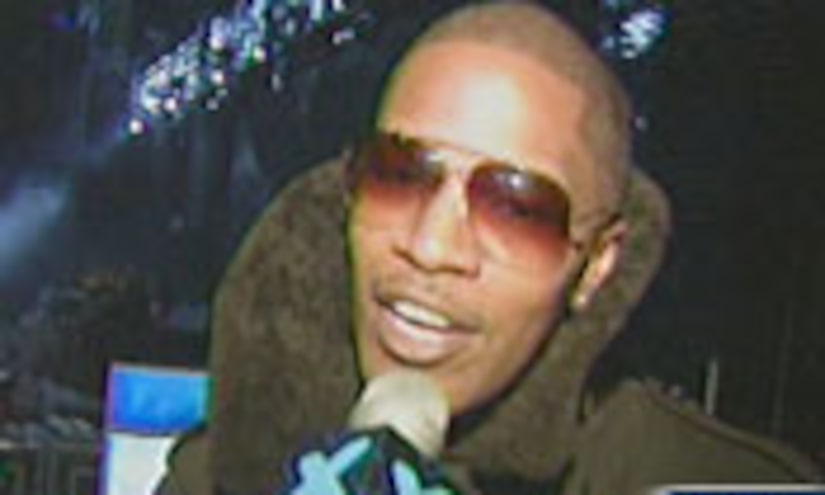 Only “Extra” is taking you behind the scenes on Jamie Foxx's first ever concert tour.

The tour is a one-of-a-kind blend of the stand-up comedy that made him famous and the music that has landed him three Grammy nominations!

We caught up with the super foxy Jamie as he passed through St. Louis, which nearly marked the middle of his 22-city “Unpredictable” tour.

To get tour dates for Jamie Foxx's tour, visit www.jamiefoxx.com.

In other music news, Justin Timberlake also has a big night coming up at the Grammy Awards, and he's bringing an unknown singer along for the action. Now you can vote and pick who will perform live with Justin for the first “My Grammy Moment.” Just click here to vote!