It was the one “View” everyone wanted to see, just one day after Trump's scathing letter was released, in which he claimed Walters told him “working with [Rosie] is like living in hell.”

While Rosie and her legendary boss made nice on-air, Donald Trump wasn't ready to make peace quite yet; right after Wednesday's show, he fired off yet another letter straight to “Extra” with more barbs for Barbara.

“Barbara Walters has taken the low road for the sake of her show rather than the sake of her morality,” he wrote. “She lied with Star Jones, and she's chosen to lie again. She refused to discuss my recent letter because she knows it is true.”

Trump went even further saying, “It was sad to see Barbara read her statement off a cue card. Rosie just pushed her out like a ('pathetic') puppet.”

“I'm happy to say his show tanked,” Rosie said on Wednesday's show, after preliminary numbers showed “The Apprentice” rating were down.

But on Tuesday night's Conan O'Brien, The Donald spouted off more fighting words at Rosie, stating, “People don't like Rosie. She's not capable of being happy.”

Now, even the stars are weighing in on the battle!

Meanwhile, Rosie may have an all-new feud on her hands after targeting CNN's Anderson Cooper on Wednesday's show for doing stories on Paris Hilton during his broadcast.

“You call that journalism?” Rosie inquired.

While the war may not be over in The Donald's court, on Wednesday, the ladies of “The View” promised, “We're done!”

Only time will tell if Trump lets them get the last word. 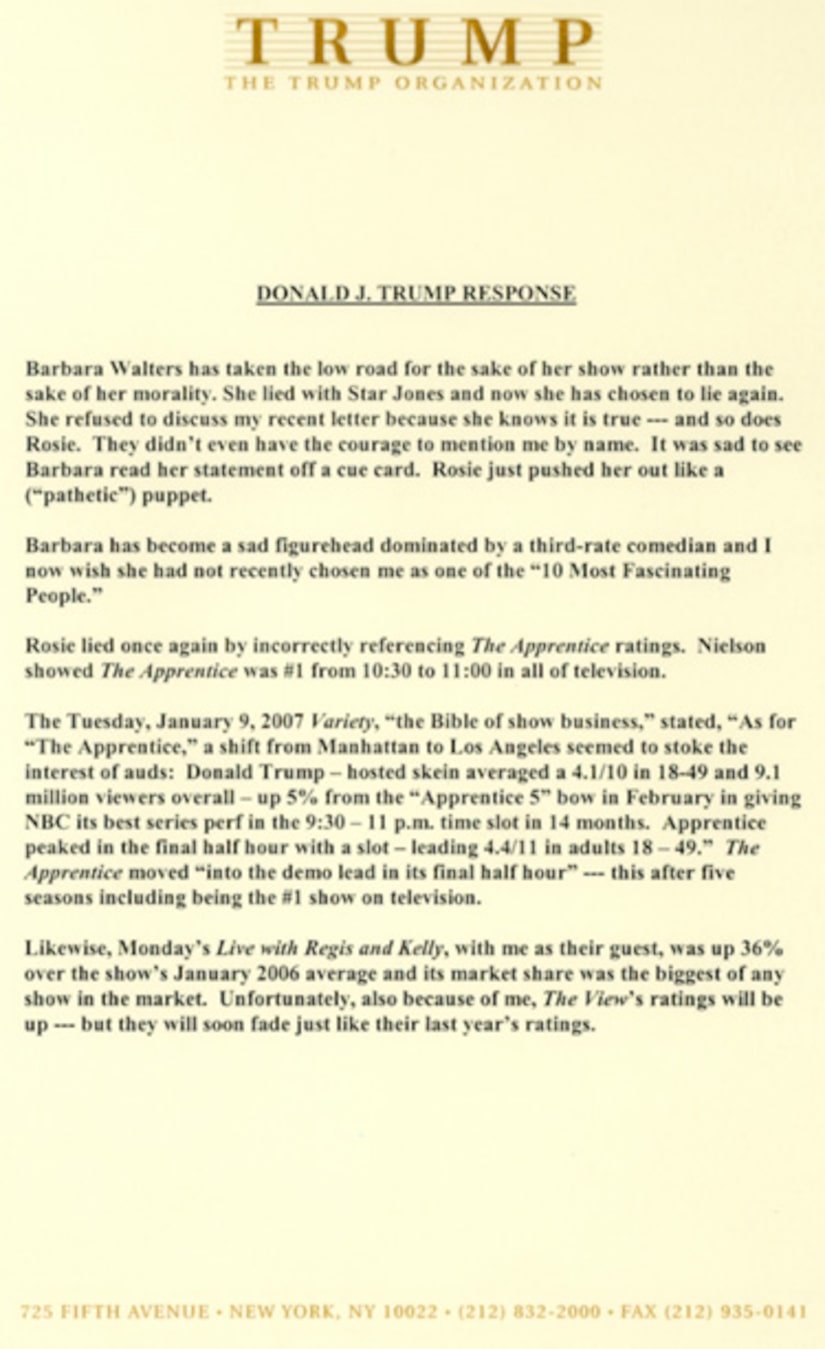