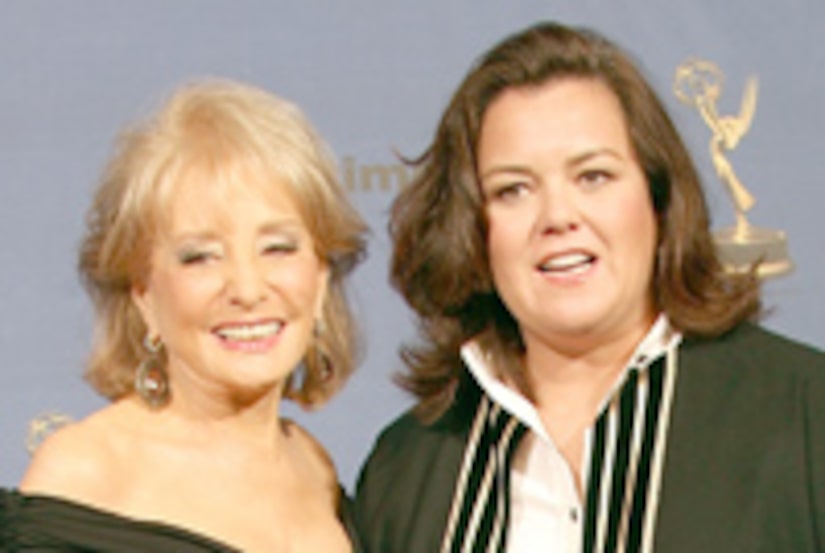 On Tuesday's “The View,” Rosie O'Donnell was all smiles while her boss, Barbara Walters, was nowhere in sight. Rosie also did not make as much as a peep over The Donald.

But while everything looked rosy on the morning talk show, insiders are buzzing about Rosie and Barbara's backstage brawl over Donald Trump!

“Let me say indefinitely that everything that he said that I said about her, is totally untrue,” Barbara said on the air Monday.

However, minutes before the show, our spies say Rosie allegedly confronted Barbara for not defending her enough against The Donald.

So will Rosie quit the show and put both Trump and Walters behind her?

This is what “The View” told “Extra” on Tuesday: no!

“From the first day Rosie spoke about Donald Trump, Barbara has been nothing but supportive of Rosie,” a rep for the show confirmed. “Whatever happened in the hair and makeup room was only a squabble. It's business as usual; everyone has moved on.”

Barbara backed up that statement, pointing out, “You never know what Rosie's going to say, but what she has not said is she's leaving.”