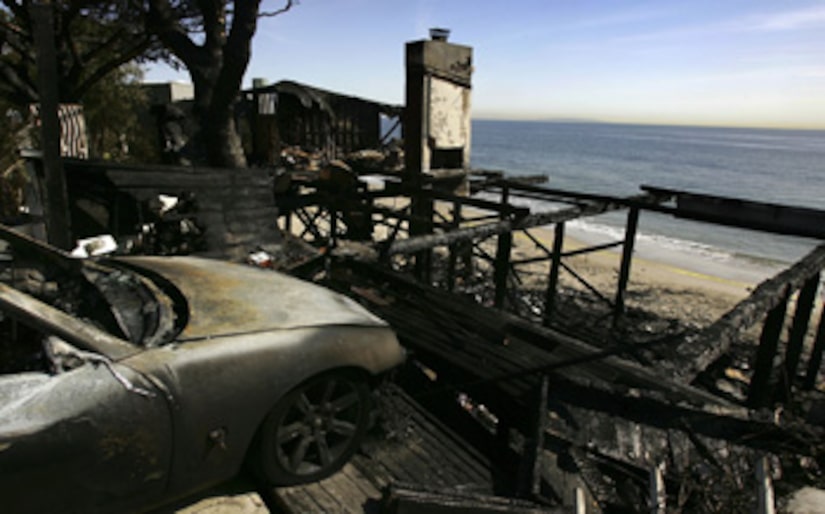 Scores of A-listers watched in shock Monday night as a fire raged around their Malibu mansions.

Suzanne Somers was in tears after her seaside mansion turned to ashes after the blaze.

But the 70's icon kept her head held high amidst her loss.

"You know what, it's okay. We'll rebuild," she promised.

Suzanne was just one victim of the vicious wildfire that put Hollywood on high alert.

Just up the coast was Cher's multi-million dollar home, which was potentially in the path of the fire's fury.

The inferno erupted just below the baseball fields where Pam Anderson watches her sons play little league, and within minutes, stars like Matthew McConaughey and Courteney Cox scraambled as the flames raced toward the ocean.

Nicole Kidman was just miles away in West Los Angeles when news of the fire hit.

"Is it really bad?" she inquired worriedly.

Meanwhile, the party train abruptly stopped for Paris Hilton, who was caught off guard by the news.

"I have a house in the Colony, are you serious?" Paris inquired.

John Cusack talked to firefighters as flames raged through his neighbor's property, while Victoria Principal desperately battled to save her home, hosing down her roof as the flames approached.

Investigators still don't know what caused the fire, but Suzanne Somers and her husband are already putting everything into perspective.

"We're going to learn something great, and we didn't loose a child in Iraq, so you have to start with what's really awful," she said.