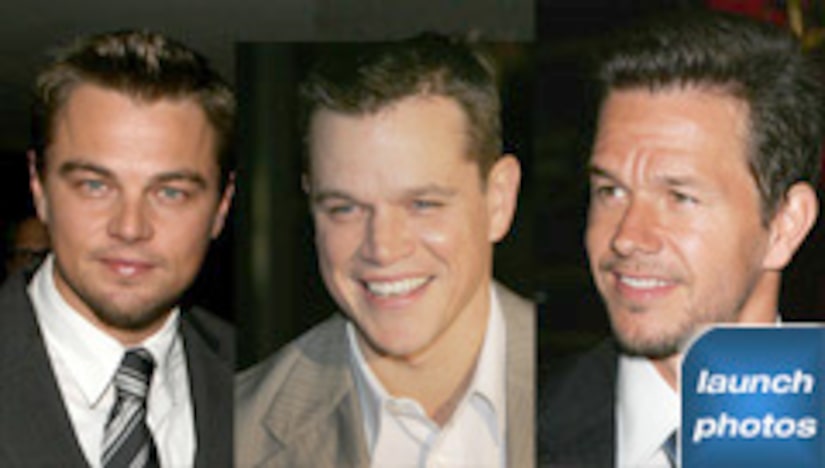 Leonardo DiCaprio, Matt Damon and Mark Wahlberg made a bang in the Big Apple Sunday night, as “The Departed” stars arrived at the New York Film Critics Circle Awards.

Wahlberg told “Extra” he's already nervous about next week's Golden Globes, where he's up against his co-star Jack Nicholson.

“I'd rather get Jack on a gold course because I have a better shot of beating him,” he joked.