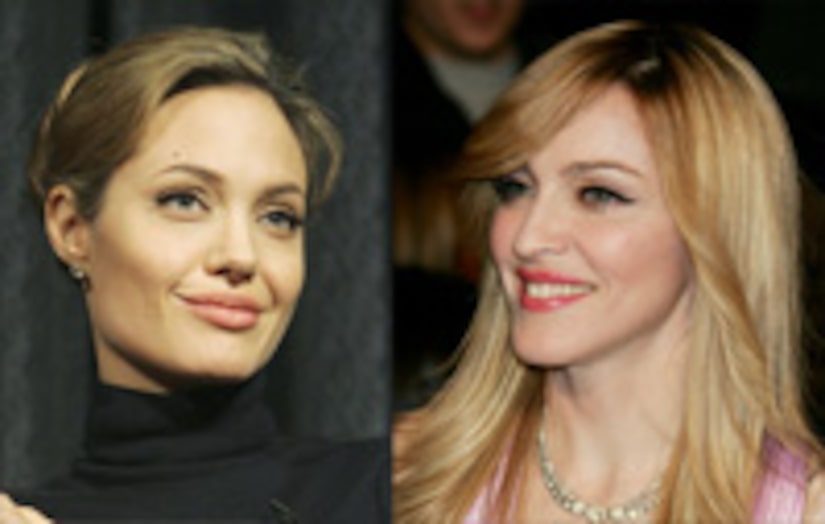 Are Angelina Jolie and Madonna involved in the latest celebrity spat?

The famous mommies are reportedly dueling after Angie made a comment about the material mom's Malawi adoption that set off a media frenzy on Monday.

But did Angie really blast Madonna?

"The article included many falsehoods," Jolie said in a statement on Monday. "I said many positive things that were omitted. I feel we must focus on the present and I encourage everyone to be supportive so that every child can adjust nicely to their new home."

Not only does Angie support Madonna, she revealed she's shocked by the way she's been treated.

"I have been horrified by the attacks she's been subjected to," she said. "All that should count is the happiness for her little David."