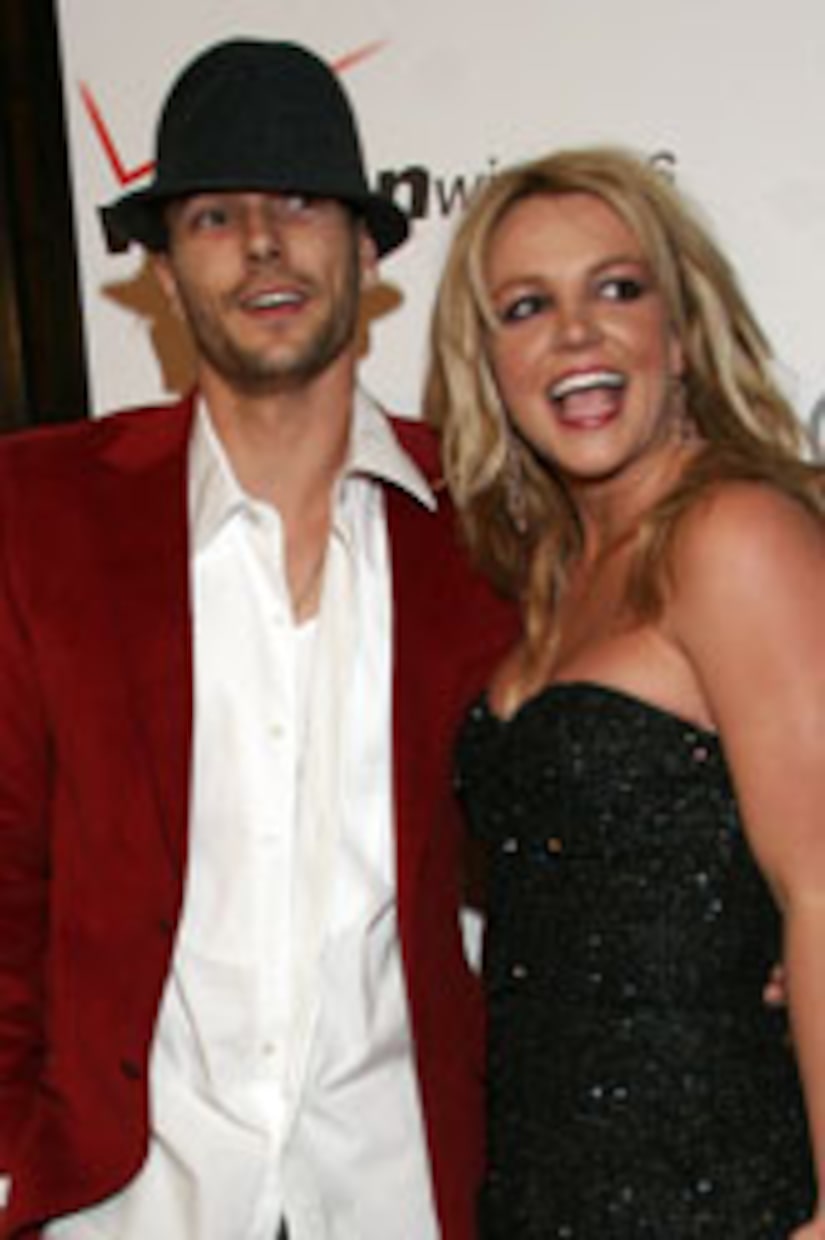 It's official: Britney Spears and her rapper ex, Kevin Federline, have mutually agreed to joint legal custody of their two sons, Jayden James and Sean Preston.

“Extra” has learned that for the month of January, K-Fed can see the boys from 12-4 p.m., three days a week, while Britney will be permitted to take the kids on a Florida getaway for one week.

The peace-making news comes one day after the pop princess stepped out in Los Angeles, where she was more than ready for a wild night at the uber-trendy hotspot Area.

As she made her way inside, “Extra” spotted Brit carrying a CD; maybe one of her new tracks to test out on the crowd?

But on Friday, new reports surfaced that the party girl is on the brink of getting axed by her longtime record label, Jive Records.

However, Jive told “Extra” the rumors are just that.

“[Britney] continues to be one of our biggest worldwide artists and we remain 100 percent committed to Britney's career,” Jive said in a statement.

On Friday morning, Britney fired back at all the scrutiny on her website.

“The media has criticized my every move and printed a skew perception of who I really am as a human being, which is why I usually don't pay much attention to it,” Brit explained.

Like her publicist, Britney told her fans she can't wait for her comeback this year, promising she'll be “bigger and better than ever!”